Vin Diesel Teases A Role In This Non-Guardians Marvel Franchise 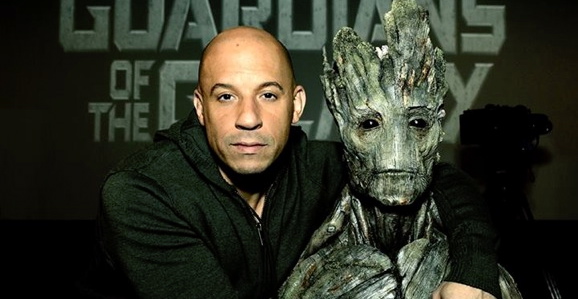 Vin Diesel is not shy about letting the world know that he wants to be a part of a great many comic book movies. By many accounts, this is how he wound up with the role of Groot in Guardians of the Galaxy, by saying he was in a Marvel movie enough times that it magically became true. Now that it’s going to be a while before he’s in another Guardians film, he’s back to his usual ways, once again hinting that he could be involved in, or at least really wants to appear in Marvel’s upcoming Inhumans.

As usual, this latest tease comes from Diesel’s Facebook page, where he posted a picture of himself photoshopped over the words, “Are you Inhuman?” This isn’t the first time he’s pulled a similar stunt, as back in August he, once again via social media, posted a photo of Groot with the line, “I get the strange feeling that Marvel thinks I’m Inhuman.” And this was well before Marvel made that massive Phase 3 announcement that let the world know to expect an Inhumans movie on November 2, 2018. 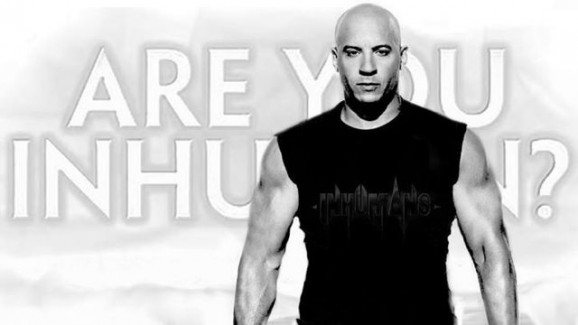 Though the adaptation may be a long way off, it’s never too early for Marvel to start laying the groundwork, and they recently did so with the midseason finale of their ABC series Agents of S.H.I.E.L.D.. There are spoilers beyond this point if you haven’t watched the episode yet.

On the midseason finale, “What They Become,” the characters Skye (Chloe Bennett) and Raina (Ruth Negga) are revealed to be Inhuman. Skye’s true identity is Daisy Johnson, aka Quake, while Raina’s true nature is still up in the air.

For those of you not familiar with the Inhumans, they’re a genetically altered group of humans, the result of early evolutionary experiments by the Kree. They eventually left our solar system and created their own secret society on the planet Attilan and discovered a process called Terrigenesis causes them to mutate and gives them superpowers. When Skye and Raina inhale the Terrigen Mists in Agents of S.H.I.E.L.D., that’s the process they undergo, and are forever changed after they “hatch.”

If Diesel does indeed join the cast of the Inhumans movie, most expect him to play the Black Bolt, the ruler of the Inhumans. It would be extra funny if this is true, because while Diesel voices Groot, who only ever says the three words “I am Groot,” Black Bolt doesn’t talk because his voice is a powerful weapon, one with the potential to unleash mass destruction. If this works out, that would mean one of his Marvel characters would be just his voice, while the other would be just his physicality. That’s an odd mixture to be sure, but Diesel seems like the kind of guy who would appreciate such an unusual situation.