The Vatican Has Issues With Ridley Scott’s Prometheus

When it was released this past June, Ridley Scott’s Prometheus had its fair share of critics who blasted the film for being full of narrative problems and questionable character moments. Well, you can add another negative critical response to the heap, because the Catholic Church feels the sci-fi adventure is a “dangerous film.”

Prometheus opened in Italy on September 14th and the official Vatican newspaper, L’Osservatore Romano, said the film “mishandles the delicate questions raised by… the battle eternal between good and evil in yet another attempt to steak the secret of immortality.” [We’re guessing that’s supposed to be “steal” rather than “steak,” but that’s how THR has it. – Ed.] The Italian newspaper continued by saying, “The journey of Prometheus should instead symbolize the search for the supernatural.” This is in reference to the original Greek mythological tale of Prometheus, who stole Zeus’ fire and created man from clay.

This isn’t the first time the Vatican has denounced a Ridley Scott film. In 1982, the Catholic Church felt the portrayal of the post-apocalyptic future in Blade Runner was questionable and didn’t line-up with Catholic teachings. Prometheus joins James Cameron’s Avatar and Ron Howard’s The Da Vinci Code for taking a un-Christian take on Christian issues.

The Vatican isn’t a complete wet blanket. They praised movies like Cecil B. DeMille’s The Ten Commandments, Franco Zeffirelli’s Jesus of Nazareth, Mel Gibson’s The Passion of The Christ, Victor Flemming’s Joan of Arc, and Frank Capra’s It’s a Wonderful Life for endorsing Catholic beliefs and teachings. In 2010, the Vatican gave its approval to John Landis’ The Blues Brothers because its protagonists took a journey to save their childhood Catholic orphanage. Jake and Elwood Blues were “on a mission from God.”

Since its opening in Italy, Prometheus has grossed €1 million ($1.3 million), but it opened in second place behind Steven Soderbergh’s Magic Mike. 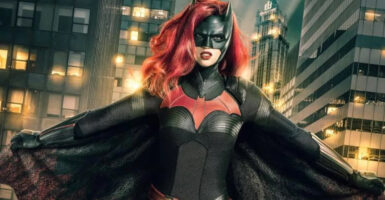 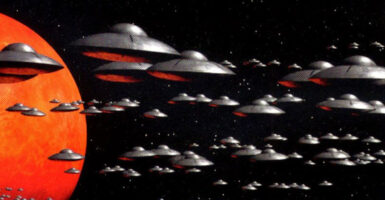 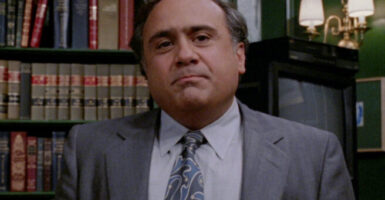