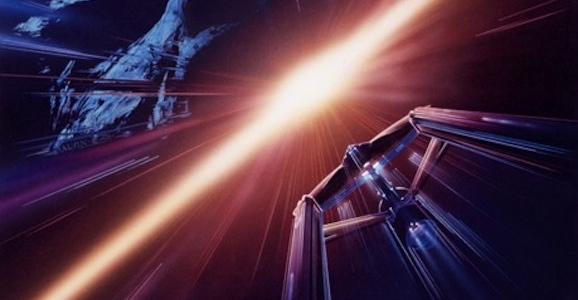 If you’ve noticed that there’s been a ton of unused poster art for various classic movies floating around lately, it has a lot to do with the impending release of The Art of John Alvin, the legendary artist responsible for creating the iconic posters for the likes of Blade Runner, Gremlins, and Predator, among many others. The book doesn’t come out until August 26, but there’s even more to gawk at between now and then, including these two unused posters from Star Trek VI: The Undiscovered Country.

The 1991 film follows the crew of the Enterprise in a race against time after the Klingon moon Praxis explodes (Star Trek, as a franchise, is rather fond of blowing up entire planets), and they find themselves embroiled in a deep, militaristic conspiracy. The Undiscovered Country is also notable because it features Hikaru Sulu (George Takei) as the captain of his own Federation vessel, the USS Excelsior, something Takei talks about as an important moment in his personal and professional in the documentary To Be Takei. 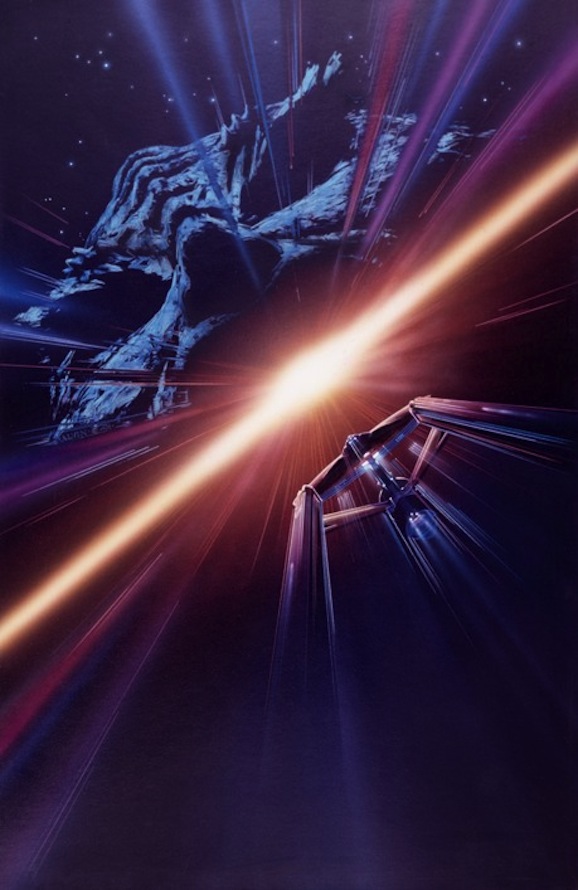 This first poster may not have been used, but it is still pretty damn cool. It shows a starship speeding into the mouth of a giant Klingon that appears to be about to explode. Perhaps it is a bit too on the nose, what with the moon blowing up and all, but the style and color is fantastic, and you could easily imagine this hanging up in a movie theater. 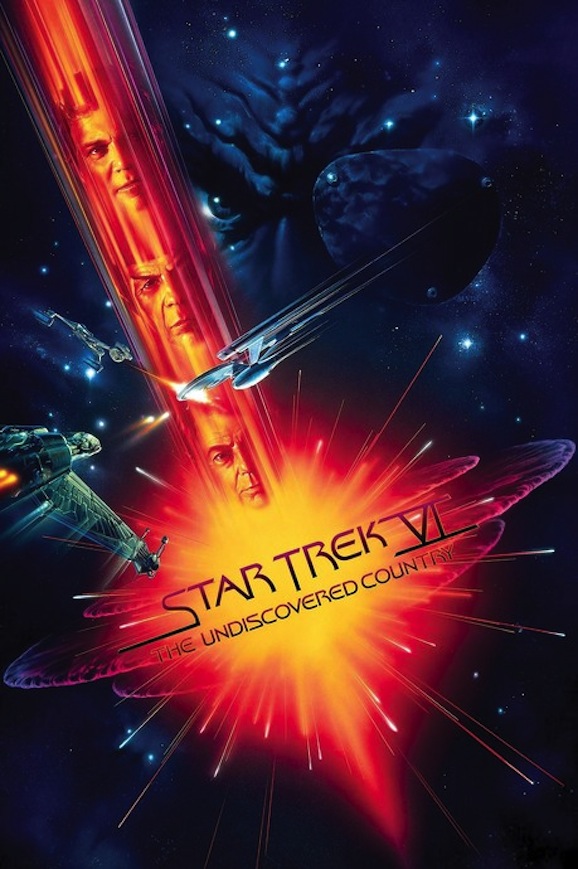 This second poster actually looks almost exactly like one of the ones the film used when it was released. In fact, aside from a few things superimposed over the main image, and perhaps a few tweaks to the color, I’m fairly certain that this one has been around for a some time. 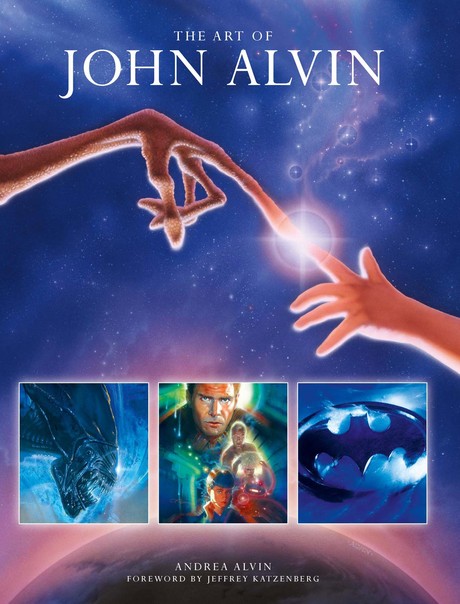 Given that Alvin is responsible for the poster for Steven Spielberg’s E.T. the Extra-Terrestrial, it makes sense that the cover of the book would employ the image of one of the unused posters for that movie. If you’re involved in a movie like that, in any capacity, that’s definitely one to cling on to for dear life. 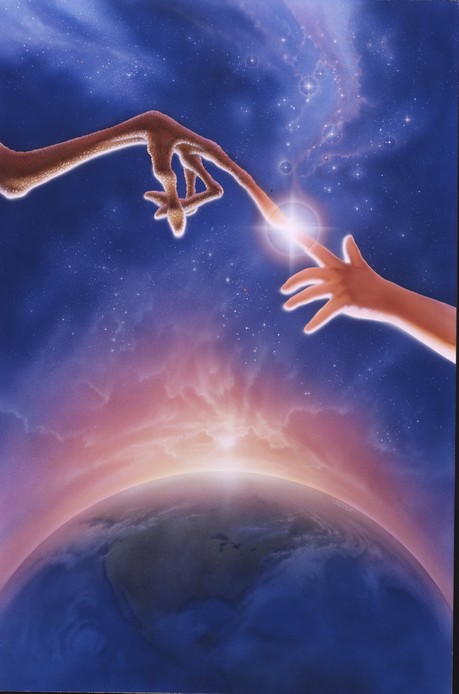 And here is an view of the image without all of the clutter of the book cover. 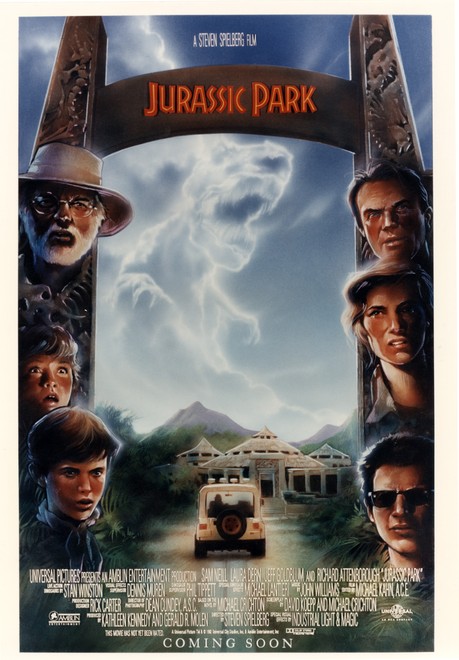 Last week, we showed off a ton of unused ideas and concepts for one sheets from Jurassic Park, another Spielberg joint that Alvin worked on, but apparently we missed this one. And I have to say, while this isn’t nearly as emblematic or strong as the simple black, red, and yellow logo they went with, that looming image of a stormy T-Rex is rather striking.