A wedding is, at least ideally, one of the most important days of your life. Society at large definitely has some specific ideas about what makes up a “perfect wedding,” but that just makes it all the more refreshing when you see a couple that truly makes their ceremony unique and memorable. The bar in that area has just been raised by a New York couple whose geeky wedding included references to Star Wars, Firefly, The Hitchhiker’s Guide to the Galaxy, and more. 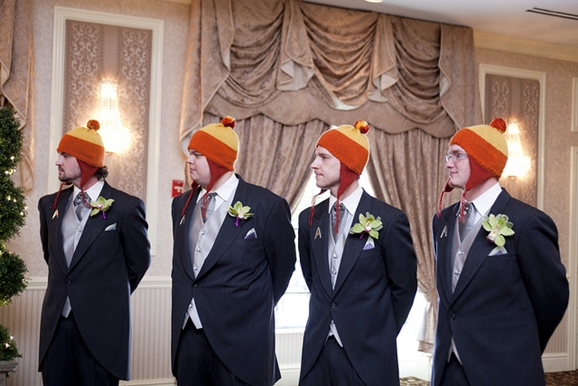 Kellan and Katie met at Dragon*Con and began bonding over a shared love of Firefly. When it came time to jump the broom, their Firefly fandom was front and center from the very start, with the couple hitting on the idea of having the groomsmen wear “Jayne hats” (above) while the bridesmaids would carry “Kaylee parasols.” That would have been awesome enough, but as the couple explains, “It just snowballed from there.”

So how far did that snowball roll? Well, they picked their color scheme, purple and green, because they are “the colors of many DC comic book villains.” The tables were named after planets from Firefly. The programs were emblazoned with a calm mantra familiar to fans of the late Douglas Adams… 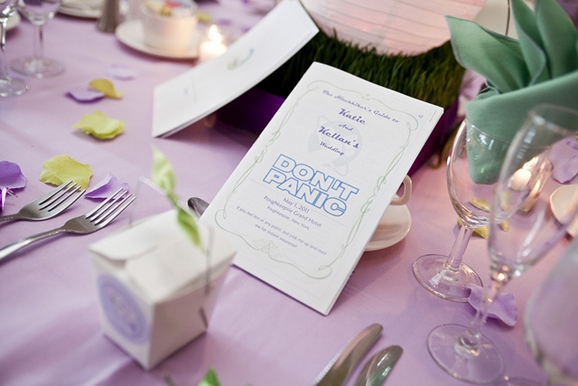 …the ring bore the mark of the House of El… 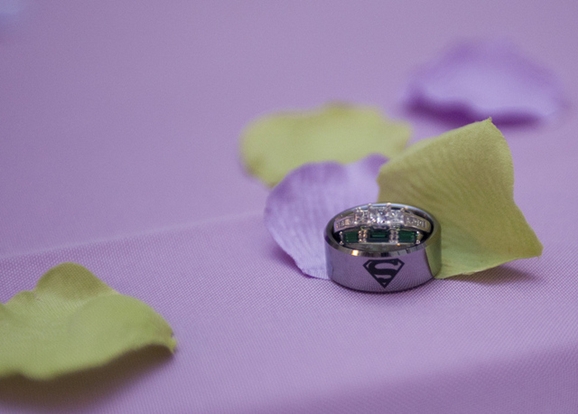 …and the cake toppers were designed to look like a well-known scoundrel and princess. 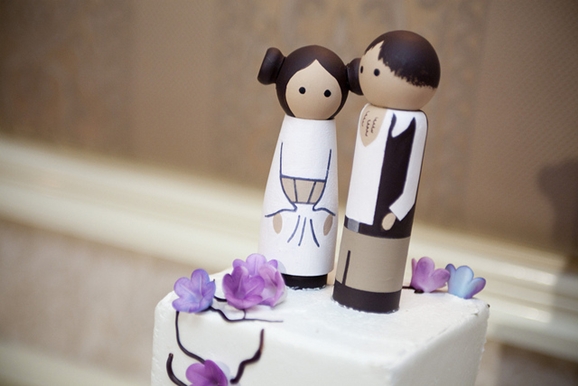 The couple didn’t limit the references to the décor, either, with their vows promising to support each other through World of Warcraft dungeons and evil uprisings. Although I can’t help but feel that they missed an opportunity for her to deliver a loving, elaborate vow and him to respond simply with “I know.”

You can see more pics of the ceremony over at OffBeatBride.com. As for us, we wish Kellan and Katie many years of wedded bliss. The Force will be with them, always. 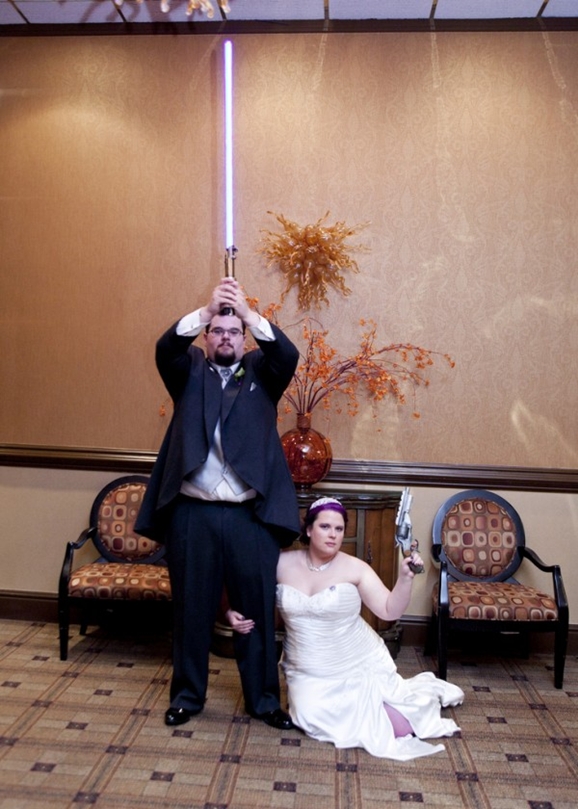 All photographs by Cheryl Bolton-Reuter.