Trailer For Short Film Seed Shows The Dark Side Of Colonization

Seed is a different take on science fiction than Exist. Johnson’s earlier film is a sort of found footage (though not as annoying as most) venture about invading forces coming to Earth. In Seed he flips the script a bit. This time it is Earth that goes invading.

In the year 2071 humanity attempts to colonize a new planet called Gaia. In the midst of this mission, a lone man “discovers unearthly horrors that could bring an end to life on this planet.” From the looks of this trailer, the settlers on Gaia are not alone, and whatever beings lurk in the blanched out, desert wasteland of the strange planet, are not happy to have visitors.

Even in this trailer you get a good sense of the inherent tension present in this sci-fi, horror, drama. The voyagers in Seed have ventured further from the cradle of humanity than any other people in history. They’re isolated, alone, far from anything familiar, and now they’re being hunted by some unknown hostiles. 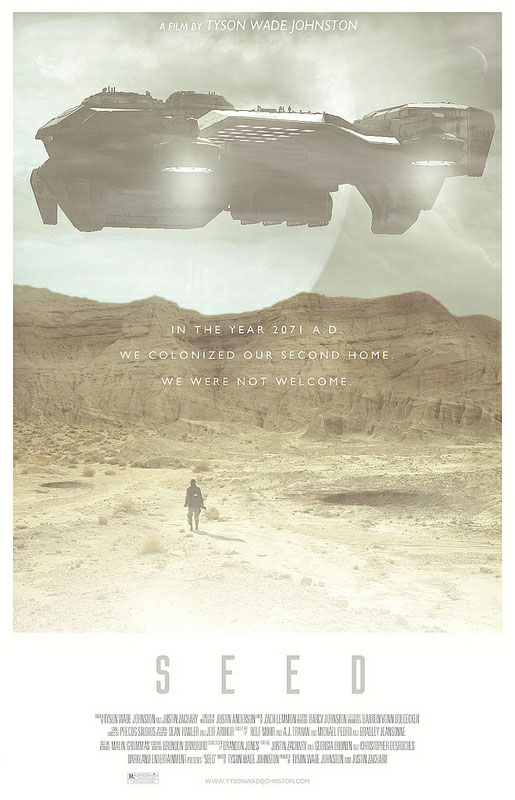 Johnson’s films combine storytelling, visual effects, and cool ideas in nice low-budget packages. Let’s hope Seed lives up to the potential of this trailer, and that he keeps on trucking in the science fiction genre. We’ll certainly be keeping an eye out for the full film.