Whatever your stance on the upcoming Total Recall remake, one thing is certain: Len Wiseman’s sci-fi adventure is going to be action packed. What can you say, for better or worse, the man likes to keep things moving. This new featurette focuses on the fast-paced elements of the film.

Did you know that Jessica Biel would jump off a building for Len Wiseman? Because she says she would, and from the looks of this video, she did just that a time or two. There are cars flipping, guns blazing, fists fighting, cars chasing, and, as you can imagine, explosions every few frames.

If Total Recall is going to be any good it’s going to be because of the action. Maybe lots of running and jumping and shooting will distract from the fact that you’ve already seen this movie before.

For my money the most interesting bit in this video is when they breakdown how they filmed the first big fight scene at Rekall. Set up to look like a single shot, it is really a composite of film from a number of fast-moving cameras mounted on tracks zooming around the set. This is the sort of thing that will eventually make a decent extra on the Blu-ray and DVD release.

Based on Philip K. Dick’s short story “We Can Remember it for You Wholesale,” Total Recall follows Douglas Quaid (Colin Farrell), a construction worker who unwittingly plays a part in an underground revolution.

Netflix’s Avatar: The Last Airbender: All About The Live-Action Series 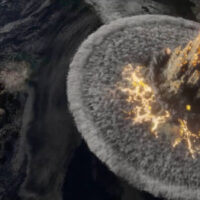 The Live-Action Akira Movie: A Tale Of Failure, Whitewashing, Development Hell And Hope