In addition to his fascination with the second World War (Saving Private Ryan, Band of Brothers, The Pacific), Tom Hanks has also demonstrated a real love for the history of the American space program. In addition to executive producing and writing on HBO’s excellent From the Earth to the Moon mini-series, Hanks put in one of his most memorable performances as astronaut Jim Lovell in Robert Zemeckis’ Apollo 13. Now Hanks and Zemeckis are teaming for another trip into outer space, but this one is based on a 1960s toy called “Major Matt Mason.”

Hanks told The Wrap that he’s been “tinkering” on the movie for a while now, and that he co-wrote the script with Graham Yost (Speed). Hanks will star and Zemeckis will direct the film, which is currently in the process of trying to find independent financing. While the toy line included both astronaut characters and aliens, Yost told Reuters during an interview that the film will be set on the moon and will involve a team of people based at a space station of some sort. Yost says, “There’s no bad guys. There are no aliens. Nothing like that. It’s just, can you survive?” From the sound of things, I’m guessing something goes “terribly wrong.” Maybe a nuclear waste stockpile explodes and sends the moon hurtling through space? No, wait, they’ve done that already…

First introduced in 1966, Mattel’s “Major Matt Mason” toy was an astronaut who lived and worked on the moon. The line included the titular Major, as well as his “crew”: Sgt. Storm, Doug Davis, Lt. Jeff Long. (Interestingly enough, the Jeff Long action figure was African-American, certainly forward-thinking for an era when civil rights and racial tensions were still very much in flux.) In addition to the astronauts, the toy line went on to introduce a moon base playset and various other vehicles, and eventually even some aliens for the Major and company to battle against. 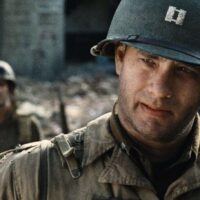 Tom Hanks Is Teaming Back Up With Steven Spielberg?