A new Twilight Zone movie has been in development for quite a long time. It isn’t a remake or a reboot of the freaky science fiction TV series of the 1960s; it’s apparently an entry into the series rather than a re-imagining. The new movie will not be an anthology film like many have speculated, but instead one feature-length narrative.

The plot details for The Twilight Zone have been shrouded in mystery, but the fine people at TheFilmStage.com have unearthed a synopsis from a Vulture.com article. The Twilight Zone will feature elements of the TV series that every Twilight Zone fan loves: time travel, outer space, a moral and ethical dilemma, and an odd twist ending. The details read, “A test pilot who winds up breaking the speed of light; when he puts down his craft, he discovers that he’s landed a bit late for supper — 96 years late.”

The Twilight Zone movie project has been in the works for a while, and will see Leonardo DiCaprio, Jennifer Davisson Killoran, and Michael Ireland as its producers. Screenwriter Joby Harold (All You Need Is Kill) took a second pass on the script after Anthony Peckham (Sherlock Holmes) took one on Jason Gothenburg’s (Proximity Effect) original script. Last year, director Matt Reeves (Cloverfield, Let Me In) took the helm of The Twilight Zone but then recently dropped out to direct Dawn of the Planet of the Apes. Again, The Twilight Zone will be one narrative instead of an anthology like The Twilight Zone: The Movie in 1983, which featured segments from directors Joe Dante, John Landis, George Miller, and Steven Spielberg. 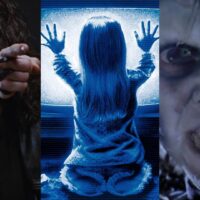