I Heard You Were Dead: Escape From New York Is Alive At Fox With This Producer

Can't keep a good Snake down. 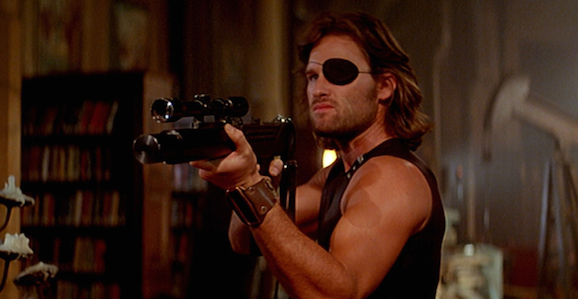 Well, this is an interesting bit of news. I still can’t fully get behind a remake of Escape From New York, one of my all time favorite movies, something that I think is damn near perfect, but if you’re going to reboot a movie, you might as well bring along the original mastermind. John Carpenter wrote, directed, and scored the 1981 classic, and not only has Fox secured the rights to remake the film, they’ve got Carpenter on board as an executive producer.

We’ve been hearing about this do-over since at least 2010, long enough and sporadic enough that it never truly seemed like it was going to happen, but now Deadline reports that things are rolling. Fox’s bid was the top of several offers fielded by StudioCanal, who once planned to make the film with Joel Silver. Before that, New Line Cinema had their eyes on this particular prize, with The Crazies director Brock Eisner at the helm. And if you want to go even farther back into ancient history, Len Wiseman (Underworld and the Total Recall remake) was working on a version with Gerard Butler taking over the role of Kurt Russell’s legendary badass Snake Plissken.

For those of you not familiar with Escape From New York, it’s set in a near dystopian future where the Island of Manhattan has been turned into a prison. It’s not really a prison as much as it is a feral wasteland where criminals are dumped and left to their own devices. Isaac Hayes rules over all of the warring factions as the Duke of New York. When the Air Force One crashes in this lawless place, only one man can rescue the President, and more importantly retrieve some sensitive information he has on his person, the ultimate cinematic badass, and grizzled convict, Snake Plissken. (Syfy is actually working on a series that sounds like it owes this a huge debt, as they plan to turn Greenland into a prison in 51st State).

The movie is an almost perfect blend of dystopian sci-fi, grim exploitation, and camp. Hell, I even have a soft spot for Carpenter’s 1996 sequel, Escape From L.A., and I want to be excited for this, but it’s hard, even with the man himself on board. He’s one of my favorite filmmakers, with The Thing, Big Trouble in Little China, and others ranking high on my all-time list, but hasn’t directed anything since 2010’s The Ward, or produced anything since 2005’s The Fog (another remake of another of his earlier films). I’m also one of the few who loves and appreciates his Ghosts of Mars.

Perhaps Carpenter will be able to steer this new Escape From New York in the right direction (I’m trying to stay positive), maybe he’ll be the good influence this project needs. Still, it’s hard to envision a scenario where they don’t strip out everything great from the source material and deliver a bland, vanilla rehash (again, see the most recent Total Recall). There’s no director yet, so we don’t have much of a timeline to look at, but with the past clamor to remake this, there has to be someone interested in the job.

Does Carpenter being involved change your out look at Escape From New York? Does it make you more or less enthusiastic about this? Sound off below.