It feels like forever that we’ve been hearing about Doug Aarniokoski’s post-apocalyptic thriller The Day. The teaser trailer appeared almost two years ago. Last year WWE Studios (that’s right, that WWE, the professional wrestling one) acquired the rights at the 2011 Toronto International Film Festival. But since then there hasn’t been much news.

A new poster proclaims that WWE and Anchor Bay will release the film in theaters on August 29th. You’d probably be correct to imagine this will be a very limited release, and that a stint on VOD and a Blu-ray/DVD release will appear on the horizon in short order. Set in a 24-hour period, a group of post-apocalyptic survivors on the road looking for food and shelter, hold up in an abandoned farmhouse. Taking refuge from the violence and war that rages across the land, they unwittingly signal an ambush. Besieged by a brutal gang, ammunition and supplies running dangerously low, the survivors must mount one desperate last stand.

The Day appears to be a constrained sort of action film, taking place primarily in one location, and in a compressed time frame. This type of set up can yield great results, but it can also be difficult to pull off (see The Divide for an example of this that started off strong but fell apart later).

Here’s the sparse teaser trailer. The video doesn’t show much, except for moments of quiet punctuated by sharp bursts of violence. The Explosions in the Sky song is a good fit.

HBO’s Station Eleven: All We Know About Their Post-Apocalyptic Adaptation 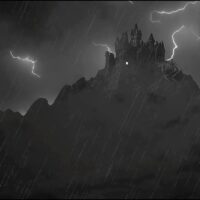