Teenage Mutant Ninja Turtles: Out Of The Shadows Details And Screenshots 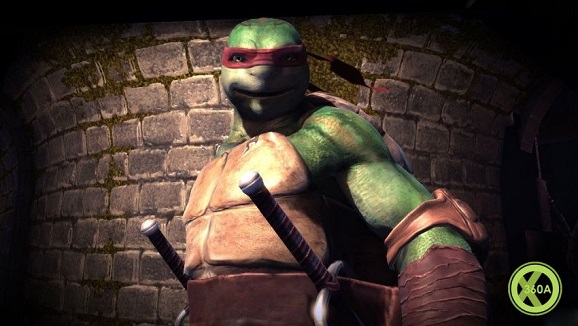 Thanks to Xbox360 Achievements, we now have a few sneak peeks at the characters and graphics, as well as an outline of how the gameplay will work. It’s the foursome’s first gaming adventure in four years, and while I somehow haven’t played one since 1992’s SNES title Turtles in Time, I think I’ll be dropping the cash to get this one when it comes out on Xbox Live Arcade, Steam, and the PlayStation Network next month.

The sewers are the game hub headquarters, which is kind of cool. From there, players can train in a dojo and access game missions, challenge modes, and side missions. You’ll also be able to do your upgrading here. The characters all have their own separate skill tree that you can add onto. Each turtle will also be able to improve their weapons, such as adding retractable blades onto Michelangelo’s nunchuks. Unlockable retro arcade games? This game has them.

There are seven areas of New York for players to explore and kick ass in, including the dirty streets and a (hopefully Giant Freakin’) robot factory. Combat is combo-oriented and team-based, so you can either play with three of your friends, or alternately control whatever turtle you want, as all the turtles will be there to help out. The draw for this is a focus on multi-player combos, which can include all four of them. Shell shock!

The game is being developed by Red Fly Studio, who also worked on Thor: God of Thunder and the Wii-ported versions of Star Wars: The Force Unleashed and Ghostbusters: the Video Game. We’ve got two more pictures below, and you can check the game out when it releases on June 26. 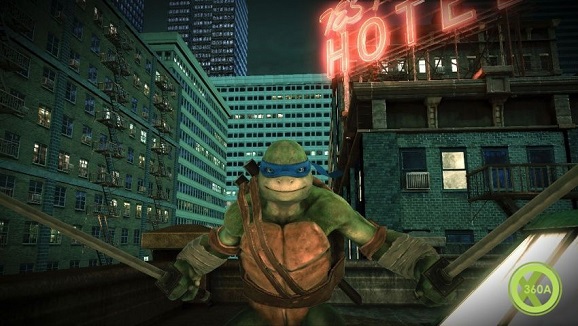 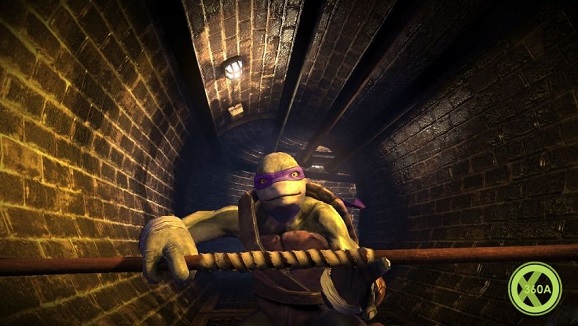