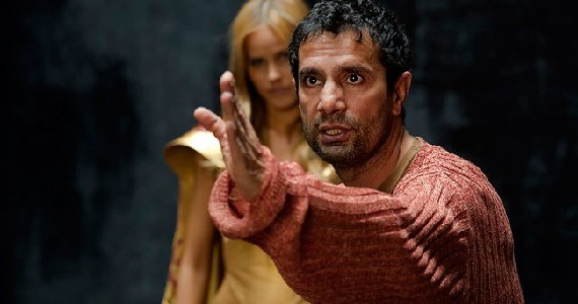 Tarsem Singh has always been one of those directors who delivers films that are visually stunning but dull. Tarsem has seen some success with films like The Fall and Mirror, Mirror, but overall his films are more eye candy than substance. He showed a lot of promise with his feature film debut The Cell, starring Jennifer Lopez and Vince Vaughn, but he just seems to be a director who’s better suited as an art director or cinematographer. Now Singh is going back to science fiction, after a brief stint with fantasy, with the film The Panopticon.

According to The Wrap, Tarsem Singh has signed on for the new film after his current science fiction film, Selfless starring Ryan Reynolds, wraps. The Panopticon is a sci-fi thriller from screenwriter Craig Rosenberg (The Uninvited) and producer Andrew Lazar (Jonah Hex). The Panopticon follows a man who receives a mysterious package with a pre-recorded message from himself inside. The message is a warning that the world will end if he doesn’t act quickly to stop the destruction.

The Panopticon is an architectural structure designed by philosopher Jeremy Bentham in the late 18th century. Intended for use as a prison, hospital, or other disciplinary institutions, the structure would have a central observation tower for the jailer and the cells would be arranged in a peripheral ring, so it would be possible to observe each of the inmates from the central tower without them knowing they were being watched or not. While it’s unclear how this will relate to the new film, The Panopticon will be an interesting puzzle to put together from Tarsem Singh.

Tarsem Singh released two films in a six-month span during 2011 and 2012: the Greek Mythology action film Immortals and the family film Mirror, Mirror. While they received mixed reviews, they were both big box office successes. Immortals grossed $226.9 million worldwide against a $75 million production budget in 2011, while Mirror, Mirror took in $162.8 million worldwide, against an $85 million production budget. Whether you like his films or not, audiences seem to be tuned into Tarsem Singh’s style.

At the moment, Tarsem is also attached to direct a Marco Polo biopic featuring Chinese actor Gong Li. The Marco Polo project has been in the works since 2011, but it doesn’t seem to have built up much steam yet. Singh is currently making the film Selfless with Ryan Reynolds for FilmDistrict.

Related:
Ryan Reynolds’ Self/less Gets A Trailer, Poster, And Photos, Check Them Out Here

Selfless is about a wealthy elderly man who is dying of cancer, so he undergoes a radical procedure to transplant his consciousness into a younger, healthier body. At first this seems like an ideal situation, but the man soon discovers that his new body belonged to a recently murdered man whose killer is trying to find him. Now on the run, the man must figure out who his body belonged to and why people are trying to kill him. Screenwriters Àlex and David Pastor wrote the film’s screenplay, which was on the Hollywood Blacklist of the best unproduced screenplays of 2011. Selfless is set for a September 2014 release date.