Do you remember the summer of 2009? J.J. Abrams dazzled us with his re-boot of Star Trek, Pixar delivered a heartwarming tale with Up and Quentin Tarantino killed a lot of Nazis with Inglourious Basterds. One of the last films that opened that summer was a bit curious. It was from a first-time director, it wasn’t adapted from a comic book or other material and it was kind of uninviting with its strange alien design and backdrop. District 9 was the surprise hit of the 2009 as it hypnotized audiences with its story, performance and overall social and political awareness. It ushered its director Neill Blomkamp to science fiction fame and an Academy Award nomination for Best Picture.

It’s been three years since District 9 and audiences are still waiting for Neill Blomkamp’s second film. It looks like we’ll have to wait a little longer; Elysium will not be released until March 1st 2013. Until then, at least we have some idea of what the film is about. Collider came back from the film’s first test screening in Los Angeles with a full plot synopsis…

In the year 2159 two classes of people exist: the very wealthy who live on a pristine man-made space station called Elysium, and the rest, who live on an overpopulated, ruined Earth. Secretary Rhodes (Jodie Foster), a hard line government official, will stop at nothing to enforce anti-immigration laws and preserve the luxurious lifestyle of the citizens of Elysium. That doesn’t stop the people of Earth from trying to get in, by any means they can. When unlucky Max (Matt Damon) is backed into a corner, he agrees to take on a daunting mission that if successful will not only save his life, but could bring equality to these polarized worlds.

Elysium will feature Matt Damon, Jodi Foster, Sharlto Copley, William Fichtner, Wagner Moura and Diego Luna. From the sound of this synopsis, it looks like Elysium will also be dealing with social and political issues like District 9, which is good to see in science fiction. It’s easy to assume Elysium will be on top of many “must see” lists of 2013. 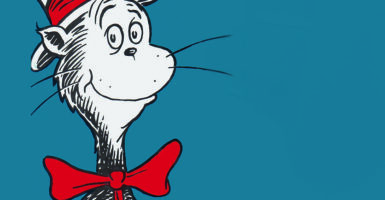