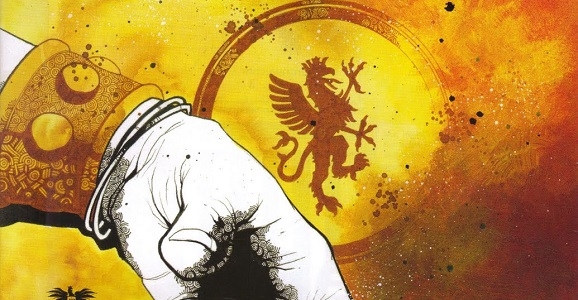 Pax Romana
Time travel. History. Action. For their upcoming miniseries, Syfy wisely chose Jonathan Hickman’s excellent four-issue Image series Pax Romana, which sets up a no-holds-barred premise and delivers like gangbusters. In an effort to stop what may become a religion-fueled World War III, a futuristic Special Forces team are sent back in time to fourth-century Rome to put a fork in history’s path and stop everything from heading in destructive directions. But things take a very wrong turn when someone gets shot.

The comics’ unique approach of abstract art and text-heavy storytelling makes this a meatier story than most comic tales, and far more heady than nearly every original series Syfy has ever delivered. Plus, the promise of amazing small screen action! This is a can’t miss, right?

This is Syfy, so there’s always the option of disaster. For one, they’re going to need a pretty massive budget to make this series look realistic. The comic book wasn’t big on cityscape details and allowed readers to do a lot of the imagining for themselves, but cable TV doesn’t have that option, and they’re going to need some major sets and props, lest they just eschew reality for a completely CGI universe. There’s always the possibility that “300 meets Lone Survivor” could be a good move for the network, but I’m not so sure. Pax Romana is also being developed by Matthew Federman and Stephen Scaia, best known for their work on Warehouse 13, which isn’t exactly the most sincere and serious-minded show on TV. If they lock down an excellent director, there’s a chance this could succeed, but I’ll still be bummed this didn’t go to HBO. – Nick