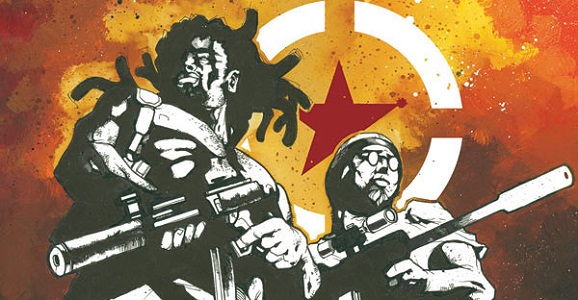 Killjoys
Killjoys was originally developed for Canada’s Space network, Killjoys earned a 10-episode order from Syfy last month and is set to premiere in 2015. It was created by Lost Girl‘s Michelle Lovretta, partnered with Temple Street Prods., the producers of Orphan Black. It’s about a trio of interplanetary bounty hunters chasing down targets in the Quad, “a distant system on the brink of a bloody, multiplanetary class war.”

I’m going to be honest, the Orphan Black connection makes me a lot more interested than the Lost Girl one, and Lovretta’s previous writing credits on The CW’s Secret Circle and Mutant X don’t thrill me. But hey, Vince Gilligan wrote some less-than-awesome X-Files episodes before he created Breaking Bad, so there’s no point trying to judge somebody solely by their earlier resume entries. It’s also, along with Ascension, one of the only entries on this list that isn’t based on existing material, so it’s that much harder to know what to expect.

With its explosive action, smartly-drawn characters, and fun and provocative story-lines, Killjoys has all the ingredients to make it the perfect complement to our expanding slate of quality science fiction drama series.

If it’s done well, I can see Killjoys being a show that could embrace the fun, crazy elements of Firefly or Farscape…but those are two damn lofty hurdles to surmount. It will largely come down to whether the core characters can win us over long enough to care. The words “space bounty hunters” call to mind a lot of clichés, but hopefully we’ll be getting more than just bad Boba Fett doppelgangers. Fingers crossed. – David