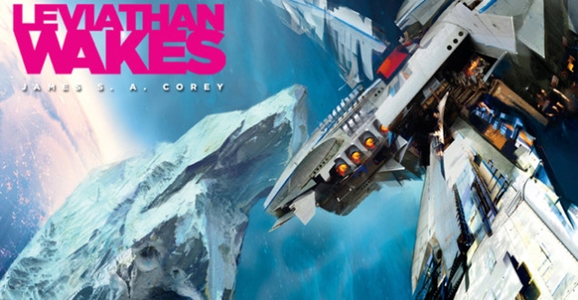 The Expanse
Perhaps the upcoming Syfy series we’re the most excited for is The Expanse. Based on a series of novels by James S.A. Corey (the joint pen name of writers Daniel Abraham and Ty Franck), the sweeping space opera is part intergalactic adventure, part noir detective story, and it has been compared to Game of Thrones in size and scope. The action follows the characters across the reaches of the solar system as they rush to expose what is called the greatest conspiracy in all of human history. That has to be pretty serious, right?

While we’re excited for The Expanse, it appears that the network is, too. They picked up a full season order of the series without even bothering with a pilot. This is an epic, ambitious adventure, and, with a solid creative cast in place behind the scenes, there is a universe’s worth of potential in the premise and setup. If nothing else, the fact that this is legitimate, space-based science fiction has us totally pumped up. With the exception of The 100, which only partially takes place in orbit, this arm of the genre has largely been ignore lately, and we can’t wait to get back out there.

As excited as we are, we’re also worried. For as many things as could go right and be incredible with The Expanse, there are just as many, if not more, that could go horrifically wrong. When a story takes place in space like this, good special effects are going to be key. The network has managed this before with Battlestar Galactica, so we know they can pull it off. With a narrative this complex and layered, it will be easy to short some threads or characters in terms of time and development. There are just so many moving parts that could go wrong, but we’re hoping for more BSG and less Helix. – Brent