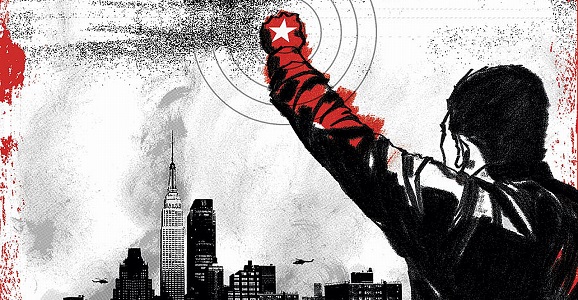 DMZ
DMZ is based on Brian Wood and Riccardo Burchielli’s Vertigo comic book series that ran from 2005 – 2012. It’s set in a near-future United States in the midst of a new civil war, with the island of Manhattan reduced to a demilitarized zone between the United States of America and the secessionist Free States of America. Only a quarter of its former population remains, with most of them being unfortunates trapped in a violent hellscape filled with, to quote our own Nick Venable, “triads, military contractors, separatist groups, and nuke-happy faux governors.”

The protagonist of the series is a photojournalist named Matty Roth, who is on assignment for the Liberty News Network to cover the conditions on the ground within Manhattan. Unfortunately, his crew is slaughtered shortly after arrival, leaving Matty stranded and unable to communicate with the outside world. He likely wouldn’t survive long except he’s soon rescued by a woman named Zee, and he’s faced with the choice of trying to escape the island or instead covering the story of a lifetime. DMZ ran for 72 issues, so there will certainly be plenty of material to mine should the Syfy series last longer than a single season.

The TV adaptation of DMZ is being shepherded by Mad Men executive producers Andre and Maria Jacquemetton, who are partnering with Warner Bros. and Gravity producer David Heyman. The Jacquemettons, who parted ways with Mad Men last year, also wrote the script. There’s certainly plenty of quality talent involved in DMZ, and sadly the subject matter is still all too timely given how divided our country remains politically. It’s also the sort of material that could all too easily wind up as a sub-par 24, but hopefully the Jacquemettons will explore the issues in a more nuanced and interesting way. – David