Syfy And David Goyer Are Making A Superman Show…Sort Of 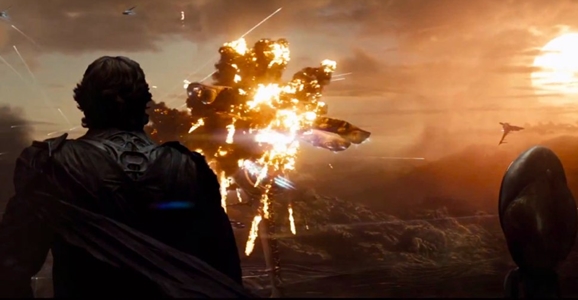 I remember when Smallville was first announced, hearing the whole “no tights/no flights” rule and thinking, “How the hell is that going to work?” It ended up working better than it had any right to, even though it was far from a perfect show. Now we’ve got Gotham, a Batman show without Batman. It takes the Smallville concept even further by showing us adventures in Batman’s burgh before young master Wayne has even gone through puberty. Well, brace yourselves, folks, because DC’s just getting started with this shit. Next up, a Syfy series focused on Superman’s Kryptonian grandpa. Great Caesar’s ghost! (Stay tuned for the inevitable series about Perry White’s great-grandfather’s adventures during World War II.)

We first mentioned the possibility of a Krypton series in October, when word broke that Man of Steel/Batman Begins screenwriter David S. Goyer was developing a Superman prequel series that would focus on Kal-El’s homeworld. At the time, details were scarce — and actually, they’re still pretty scarce, but now we at least know the network involved. Syfy, amidst its full-court press to regain respectability and become the go-to destination for scripted science fiction TV, is partnering with Goyer, Ian Goldberg (FlashForward), and Warner Horizon Television to develop Krypton. Goldberg is writing the pilot script, based on a story conceived by Goyer and himself. And look, they have a logo! 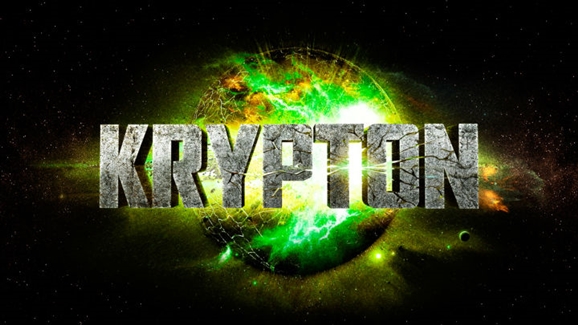 As we mentioned above, don’t expect young Kal-El to put in any appearances, as Krypton will be set long before the planet’s destruction, and will focus on Jor-El’s father. Here’s the official description:

Years before the Superman legend we know, the House of El was shamed and ostracized. This series follows The Man of Steel’s grandfather as he brings hope and equality to Krypton, turning a planet in disarray into one worthy of giving birth to the greatest Super Hero ever known.

I’m dubious about this one, but what the hell, I’ve been wrong before. The big question is whether Krypton will have any ties to the big-screen DC Cinematic Universe. So far all the shows are being kept in their own respective continuities (with the exception of Arrow and The Flash), but Man of Steel went to the trouble of introducing a new take on Krypton, one which we didn’t get to spend a lot of time in before the action shifted to Earth. Given Goyer’s involvement in both properties, I wouldn’t be totally surprised if Krypton became the exception to the rule and took place in the Man of Steel version of Superman’s homeworld.

This is just another assault in DC’s campaign to put one of their shows on every single damn network in existence. The CW’s got Arrow and Flash, Fox has Gotham, NBC has Constantine, and there are more coming. CBS is working on a Supergirl series and TNT is developing a Titans pilot — both of which are rumored to possibly crossover with Flash/Arrow. As a longtime DC fan, I love to see so many corners of the DC universe being explored, but I’m still going to just leave this video here, apropos of nothing….