Strong In The Force: Four Directors Who Need To Make Star Wars Films There was an understandable amount of concern when it was first announced that Disney had purchased Lucasfilm and would now be producing tons more Star Wars material, following very much in the vein of their Marvel movies. After all, no one was sure what Star Wars would even be without George Lucas at the helm. (Granted, some would argue that by that point Lucas had done a pretty effective job of ruining Star Wars on his own…) While some took the hiring of the controversial J.J. Abrams to direct Episode VII as confirmation of their worst fears, lately Disney has been letting its hiring strategy speak for itself. We’re getting Abrams’ Episode VII, sure, but we’re also getting Star Wars films from some of the hottest up-and-coming directors out there, including Gareth Edwards (Godzilla, Monsters) and Josh Trank (Chronicle), with Looper’s Rian Johnson just announced to be writing and directing Episode VIII.

The future of Star Wars is looking very bright indeed, with Disney inviting an entire generation of filmmakers who grew up loving George Lucas’ galaxy far, far away to come play in his sandbox. Based on the track record of hires we’ve seen so far, we decided to compile a list of other directors who would be perfect for Star Wars. We’re skipping the proven bigger-name folks like Brad Bird, Andrew Stanton, or Guillermo del Toro — although we’d love to see their respective takes on Star Wars. On the strength of their earlier, smaller films, several of these directors are getting their first crack at the big leagues with legacy franchises such as Planet of the Apes or Jurassic Park, so Star Wars would be just the thing to rocket them to the big leagues. Hit the link to see our picks, and may the Force be with them, always. 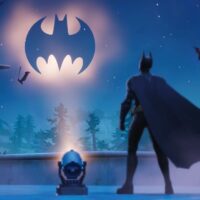