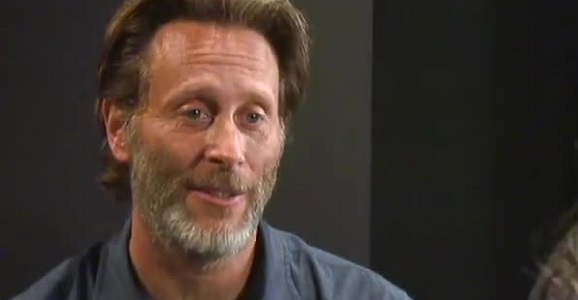 While America is currently on the cusp of falling down on our knees and worshiping a new god named Ebola—or something a little less dramatic—Syfy is putting audiences in danger of catching the NARVIK virus, which has wholly different side effects. Helix showrunner Steven Maeda is putting all the gears in motion for season 2 of the twisty thriller, and he’s bringing TV veteran Steven Weber along for an antagonistic role. We can probably expect a mid-season reveal that he’s actually the father of at least half of the show’s characters.

If you’ll recall, Helix ended its first season with CDC scientist Alan Farragut (Billy Campbell) searching for his ex-wife and fellow scientist Julia in Paris, where she was taken by Spencer “The Scythe” Sutton (Robert Naylor) and is now working for Ilaria Corporation. The NARVIK virus is on the move now, no longer tethered to the frigid Arctic Biosystems setting, and what’s the exact opposite of a quarantined set of labs in the middle of a frozen tundra? An island paradise, of course.

Weber enters the series as Brother Michael, the friendly and jovial leader of an island cult who is determined to turn their slice of life into Utopia. Brother Michael isn’t just a well-spoken semi-preacher, though, he’s also a top-rate geneticist. Of course. Alan and his CDC posse find their way to the island after a new disease runs rampant on a cruise ship. It’ll be weird to watch this series happen out in broad daylight, but it’ll be a completely welcome change. I really, really want Weber to only wear half-buttoned Hawaiian shirts. I think that fits the completely batty tone that Helix has set up for itself.

We’re only in August, but Weber has astoundingly already been on six TV series this year: Chasing Life, Murder in the First, Dallas, Bad Teacher, and he provided voice work for Regular Show and Ultimate Spider-Man. He’s currently filming Zaden Alexander and Lucas Elliot Eberi’s drama You Above All and will be seen in Survivor host Jeff Probst’s sophomore directorial effort Kiss Me. (The latter is, you guessed it, about a girl coming to terms with scoliosis.) Fun fact, he and Campbell also co-starred together in the dramatic family series Once and Again.

All of these roles, and Weber will forever only represent two characters to me.

He was also really funny on that one Party Down episode, so I hope he gets to play Brother Michael as fairly over the top and maniacal. We’ll find out when Helix returns to Syfy in early 2015.
Related Topics:
Sci-Fi syfy Helix