We’re just a few days away from getting our first look at what a post-Disney buyout Star Wars universe looks like, as the animated series Star Wars Rebels is about to hit the airwaves (some of you will even get to see it starting today). And as we’re on the downward slope, you’d be correct to assume we’re going to see a bunch of promotion between now and the October 3 premiere. This includes a handful of posters, news that we may see an unexpected face pop up, official descriptions of the first six episodes, and even more ways the series may tie in to Star Wars: Episode VII.

Rebels is set between the events of Revenge of the Sith and A New Hope, during a time when the Galactic Empire is tightening its grip on the galaxy. Within this tyrannical setting resistance springs up, and you get your first glimpses of what will ultimately become the Rebel Alliance in the original trilogy. The main story revolves around a crew composed of the young, brash con artist Ezra Bridger, cowboy Jedi Kanan, steel-nerved pilot Hera, trigger-happy Mandalorian Sabine, burly badass Zeb, and sassy astromech droid Chopper. Thus far, Rebels has made frequent use of propaganda posters from within the fictional universe, and they’re back at it, with a few more from Disney artist Eric Tan. This first one is rather standard propaganda fare… …though it takes on a whole new level of meaning when defaced by one resister or another. Given that we’ve seen that Sabine has a penchant for graffiti and street art as a propaganda tool of her own resitance, it’s easy to guess that she is responsible for this one. This last one offers a sinister view of the world, showing off elements you’re familiar with, like stormtroopers and TIE Fighters, which should give you a quick shiver. And beyond that, this introduces the main big bad from Rebels, the Inquisitor.

We’ll know soon enough what the first episodes will actually entail, but if you simply can’t wait until they air, here are the titles and descriptions of the first six episodes. Be forewarned, this is a translation from a German website, so there is more than a little weirdness contained herein, but you still get the main point.

The rebel friends try to free a group Wookiee prisoner from an Imperial transport ship. In the Ghost Hera noticed that her friends are caught in a trap and commissioned Ezra to warn them. At the last second, the rebels can save, but Ezra is caught and remains on the cargo ship. Hera persuades her friends but to fly back and save Ezra. Back on the ship Ezra decides to help the rebels thereby freeing the Wookies, what they also succeed.

Since the rebels out of money, they decide to accept another order from Vizago. Flying to Garell to there with illegal arms to steal boxes and deliver them to him. As Zeb noticed, however, that it is in the arms of T-7-ion disruptors, which has driven his people from his home planet and almost wiped out the Empire, he tried Kanan discourage the trade.

Since Ezra and Zeb argue constantly, Hera places them in Lothal. There she sends the two to a market in which they are to buy a fruit called Meiloorun, in the hope that they get on it again. With a lot of effort to find the two a box with Meilooruns, but this was just bought by the Empire. Ezra tried the same course, some steal, leading to a battle with the storm troops.

The rebels know that the old Luminara Unduli Jedi Master recorded in Stygeon system. When they get through to her they notice that they have been lured into a trap by the Inquisitor. But by joining forces they can just escape ever so.

Send the rebels Ezra under a false name in the imperial academy to steal a decoder. There, the boy learns two new friends Zare and Jai know that belong to him to the best cadets. When Ezra hears, however, that the Emperor wants to get the best people to himself, he tries to escape with them from the Academy. When they are almost done, be Zare decides to stay in the academy, because that is the only way for him to find his missing sister.

We’ve already seen appearances in previews by franchise favorites like Obi-Wan Kenobi, C-3PO, and R2-D2, and heard rumblings that Mara Jade could show up. Given that this is going to have strong connections to the franchise (Disney and Lucasfilm are taking a serious Marvel, everything-is-linked approach), you can expect to see far more. If you read these episode descriptions closely, you probably noticed one more that we’ve previously not encountered.

Episode 5, “The Rise of the Old Master,” sees the return of Clone Wars Jedi Luminara Unduli. I’m not entirely sure how this works out, since she was killed after Order 66 outlawed the Jedi Order, but it looks like the heroes may come across a recorded message that she left for those still carrying the torch to find. If nothing else, that’ll serve as a nice string of continuity through the various properties.

Rebels will not only connect to the past of Star Wars, but the events we see on Disney Channel and Disney XD will echo throughout the revamped franchise. We’ve heard hints and teases about how this will connect to Episode VII, but writer and producer Simon Kinberg recently talked to Empire and expanded on what we know, slightly anyway. He said:

[I’ve] always felt it would lead into IV and potentially set up characters you might not meet until V, or VI, or even VII, but the notion was that this would stand alone from Episode VII. That doesn’t mean that we can’t introduce Easter eggs that will pay off in VII, VIII, IX.

So it sounds like we can expect explicit connections to the films already in existence, but that other elements will show up in the extensive slate of new films on the horizon. Kinberg goes on to talk about the new villain of the series, and how that may resonate deep into the upcoming installments of the franchise:

The Inquisitor is “less of a believer in the Empire and the cause of the Empire than perhaps Darth Vader, and more of a hunting dog.” So not a Sith, per se? “I don’t know how much I’m allowed to say about that, but no, per se. 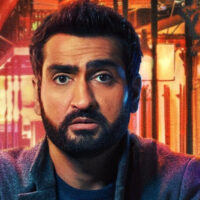