Star Wars: One Of Marvel’s Biggest Stars Wants A Role, Any Role Casting for Star Wars: Episode VII is more or less complete at this point. You would hope that, this deep into production, you have most, if not all of the key components in place. But when you take into account that there are entire generations of stars that have grown up on Star Wars, many of whom have never lived in a world without George Lucas’ far, far away galaxy, and that the franchise plans that reach out until 2020, it’s never too early to look to the future. One notable actor, is campaigning, and campaigning hard, to secure a spot on this ride.

Mark Ruffalo, yes, the Incredible Hulk himself, really, really wants to be in a Star Wars movie. This seems rather fitting, considering just the other day we heard about how Disney and Lucasfilm are borrowing storytelling and plotting strategy from Marvel, that they could borrow one of the comic book studios biggest actors (and Disney owns Marvel Studios, so I’m sure they could work out some sort of loan agreement).

A few years back, Ruffalo worked with Rian Johnson, who will write and direct Episode VIII and possibly Episode IX, on the The Brothers Bloom. He was at the Toronto International Film Festival, and, talking to Collider, he said when that particular bit of news came down, he sent an email to the Looper director that read, “Rian, congratulations on everything you’ve been doing. And by the way, if there’s a part in Star Wars, please, anything, please consider considering me to join you.”

Though he would obviously prefer a bigger part, a role that actually provides something interesting to do, he’s not above filling a smaller slot, appearing in the background, or even donning a mask. Busy as he is with like 50 Marvel movies in the near future (still no Planet Hulk), it all depends on timing. He said, “I love hanging out with Rian so that’s interesting to me but I would like a role…It’d be nice to have something. And honestly, even a CGI role.” Ruffalo obviously has the motion capture experience from playing the Hulk, and though there is a renewed emphasis on the practical side of the special effects, there is bound to be ample CGI involved as well. He’s even worked on the craft with Star Wars newcomer Andy Serkis, a renowned master of motion capture after turns in the Lord of the Rings movies and Planet of the Apes reboots. So he’s got another in.

Would you like to see Mark Ruffalo show up in the Star Wars universe at some point? He’s a fantastic actor, and is capable of playing a hero or a villain, or something in between and less defined, so it could turn out well. But there’s also the other side of the coin, where Star Wars has often eschewed bigger names and more recognizable faces in favor of lesser-known actors. That said, there’s always been a spot for someone more known and established. Let us know what you think in the comments below. 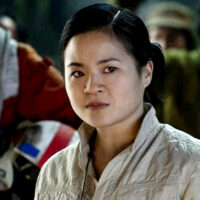