Star Wars: The Force Awakens Inspires Not One, But Two Lego Trailers

The internet collectively lost its shit Friday morning when the Star Wars: The Force Awakens trailer arrived bright and early. But in addition to all the people dissecting and analyzing every frame of the trailer, there was an equal phalanx of people who decided to riff on it in all manner of creative ways. We’ve already shared several of them with you, but now we’ve got not one, but two videos that filter all that sweet, sweet Star Wars action into the form of…Legos. Here’s the first, put together by YouTuber Snooperking.

Frankly, I’ve got loads of respect for anybody with the talent and patience to work in the arena of stop-motion animation, because I would have tossed those Legos across the room long before I had a finished trailer. So while one Lego Force Awakens trailer is great, two has got to be even better. This one is by YouTube’s FinalFeature, who says it took him 22 hours to complete. I’m telling you: Legos. Right out my window.

Damn fine work, if I may say so. He even took the time to animate in the lightsaber and perfectly capture the acrobats of the Millennium Falcon from the trailer’s final moments. If you’re curious as to the work that goes into this sort of thing, here are a few more details from FinalFeature:

4 hours to shoot more than 1500 frames of animation at 29.97 FPS. 3 hours to build the landscapes and ships/vehicles. Topped off with 15 hours to add the finishing touches that will blow your mind away!

And what the hell, while we’re tossing out fan versions of the Force Awakens trailer, here’s one last one from SniperJFMapping, who set out to “remove the illogical and evil things and bring it up to standards with what a good star wars movie could be.” Which is kind of a dickish way of saying he cut stuff like the ball-droid and the tri-blade lightsaber, moved stuff around, and cut it down to only 38 seconds. It’s not bad, but I also didn’t have any problems with the original version.

Star Wars: The Force Awakens will hit theaters on December 18, 2015. 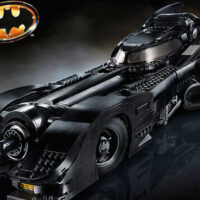