We’ve had plenty of disappointing or depressing news lately about Star Wars: Episode VII. Harrison Ford broke his leg. J.J. Abrams and Kathleen Kennedy are allegedly sparring with Bob Iger over release dates, and so on. How about some purely happy news about Episode VII, even if it involves some tears? Because they’re happy tears, see? Can’t you tell from the picture?

Kevin Smith’s Star Wars bona fides and love for George Lucas’ franchise are long since established, cemented onscreen by rants about Death Star contractors and Darth Vader being revealed as “a feeble, crusty old white man” underneath his helmet. For all his success, he’s very much one of us, a true fanboy who chased his passion into a career but never lost his love for the stuff he grew up with. So you can understand why getting to visit the London set of Episode VII and see the Star Wars universe coming back to life might put a lump in a guy’s throat and a tear in his eye. That’s apparently what happened to Smith, who took to social media to share his emotional moment, complete with a look of childlike wonder and a snotty nose. Here’s the caption he included with the picture up top:

Visited JJ and his EP VII set. I signed the NDA so all I can share are this old Bantha-Tracks subscriber’s tears and snotty nose of joy. The Force is WITH this movie. Holy Sith…

We can only guess what Smith got to see during his trip, but given Abrams and Kathleen Kennedy’s stated commitment to use practical effects in a big way, I have no doubt that there were a ton of tangible physical manifestations of the Star Wars universe to soak up. Maybe Smith got to see some early footage, or just talk with J.J. about where the new trilogy is headed. Or maybe he got to take a stroll through the Millennium Falcon set, settle into the cockpit and pretend he’s about to make the jump to lightspeed. What self-respecting Star Wars fan wouldn’t get a little emotional? I know I would, cynical old bastard though I may be a lot of the time.

And while that sort of visceral response doesn’t necessarily confirm the eventual quality of Episode VII, I can’t help but see it as a good sign. Star Wars fans had a rough patch over the past decade and a half, after the prequels built our excitement to a fever pitch, only to dash it against the rocks of disappointment. Hopefully those tears of Smith’s weren’t inspired only by nostalgic joy, but out of a recognition that the franchise is in good hands. 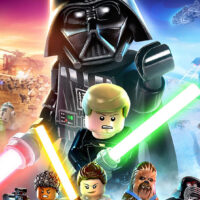