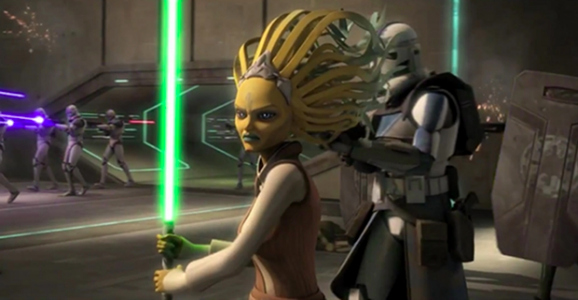 In a few weeks, Star Wars: The Clone Wars will return, but in an unlikely and unconventional form, airing its final season on Netflix. Starting at the beginning of March, all seasons of The Clone Wars (plus the feature film) will be available on Netflix to cap off the premiere of the sixth and final season of the popular animated series. Now the episode titles for all of season six’s 13 episodes are now available, along with a brief synopsis for each.

While the tail end of season five’s episodes played off of old Alfred Hitchcock movie titles, serving up “Sabotage” and “The Jedi Who Knew Too Much,” season six’s titles aren’t nearly as clever. Check out the episode titles below: