Even with Disney and Lucasfilm’s reveal of the logo and concept art for their new animated series Star Wars: Rebels, some fans are still mourning the loss of Lucasfilm’s recently canceled Clone Wars. Star Wars: The Clone Wars took a look at the war between the Galactic Republic and the Separatist movement in the time period between Attack of the Clones and Revenge of the Sith. While we won’t be getting any more episodes of The Clone Wars, we can always look back at its five seasons with a special Blu-ray/DVD release of the complete series that’s just been announced. The complete series box set was announced at this year’s Star Wars Celebration Europe in Germany, as well as the individual set for the show’s fifth season. That fifth season set which will include more than three hours of bonus material including featurettes, cast and crew interviews, and deleted/alternate scenes. Season five’s episodes will be spread out over two Blu-rays or three DVDs, while the complete series will span across a whopping 14 Blu-rays or 19 DVDs. All 108 episodes from the series will be available in a collectible box, along with an exclusive 54-page “Art of The Clone Wars” book that showcases concept art from all five seasons. That book will include many images never before published. Unfortunately, the bonus material from the complete series will not feature footage or concept art from the unfinished sixth season.

Star Wars: The Clone Wars was unceremoniously cancelled back in March when Disney decided to wipe the slate clean of all of the existing Star Wars properties, along with the developing Star Wars: Detours animated series. It was believed that Disney might simply move Star Wars: The Clone Wars from the Warner Bros.-owned Cartoon Network to their own family-friendly Disney XD. Instead, Disney opted to cancel the series. Its cancellation marked an end to a fantastic animated series that really expanded the Star Wars universe like nothing before it. It explored bounty hunters, the Death Watch, the resurrection of Darth Maul, and the Mandalorian race. Star Wars: The Clone Wars started as a full-length feature film in 2008, which later spun off into an animated series. While the movie version was somewhat lackluster, the animated series shined in a 30-minute format. It was a very good run while it lasted.

Since its cancellation, Disney and Lucasfilm have introduced Star Wars: Rebels, which will premiere sometime in 2014. The new animated series will follow a small band of teenagers who eventually form the Rebel Alliance, and the series takes place between Revenge of the Sith and A New Hope in the Star Wars timeline. Producer Dave Filoni, who also produced Star Wars: The Clone Wars, will also head up Star Wars: Rebels for Disney XD. Simon Kinberg (X-Men: Days of Future Past, unconfirmed upcoming Star Wars projects) will write the premiere episode, while Greg Weisman (Young Justice, Disney’s Gargoyles), will also produce. 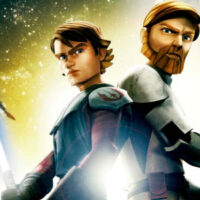 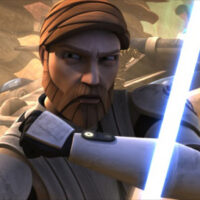 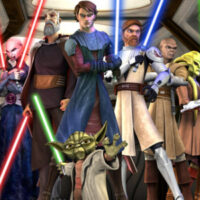