There’s exciting Star Trek news coming out of Comic-Con already, and no, it has nothing to do with Benedict Cumberbatch playing a Horta in the next film. A panel discussing the upcoming release of Star Trek: The Next Generation season 1 on Blu-ray not only showed more comparison footage of the original and new versions of the episodes but also announced a timeframe for the next release. It looks like we won’t have to wait too long for the next Next Generation Blu-rays to hit the store shelves.

According to StarTrek.com, the panelists announced that the 2nd season of Star Trek: The Next Generation will arrive sometime later this year in Q4. The next collection will not only have hours of special features but also feature a full reunion of the cast for the first time since their not-so-wonderful last outing in Star Trek Nemesis. The moderator of the panel, Robert Meyer Burnett, joked that the Blu-ray would definitely be better than Nemesis. Even though it has been rumored, there is still nothing concrete on whether or not the 2nd set will feature the complete extended cut of the episode “Measure of a Man” in its entirety or not.

While discussing the transfer process Burnett mentioned that for the first time, the series would have black, a color that it had never really had before, and it really made colors come pop. Burnett said, “For the first time, you can actually see the color of the uniforms… Everyone has been cosplaying wrong for the last 25 years.” This means all of you hard core Trekkers out there might have to go back to the fabric store for a darker shade of mustard yellow.

The season one Blu-ray set will release later this month on July 24th. 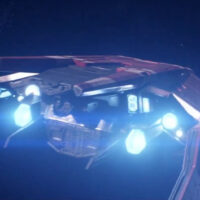 Star Trek: Picard Review Of The Finale And Full Season