Star Trek 3 May Get New Writers, And Disney Shoots Down Rumors Of Abrams Leaving Star Wars With the release and success of Star Trek Into Darkness a few months ago, Paramount Pictures and Bad Robot Productions are itching to start production on Star Trek 3 for the 50th anniversary of Trek in 2016. But now rumor has it that a new pair of writers are being tapped to pen the next Trek sequel, a change that should be potentially huge for fans who were underwhelmed or downright infuriated by the two Abrams Trek movies we’ve seen so far.

According to Badass Digest’s inside sources, Paramount Pictures is looking to hire the writing team of Ashley Edward Miller and Zack Stentz for Star Trek 3. Miller and Stentz have writing credits on the first Thor film for Marvel Studios and X-Men: First Class for Twentieth Century Fox. They also worked as writers and producers on Bad Robot’s science fiction TV series Fringe. This would be the second Roddenberry-related assignment for Miller and Stentz, who both previously worked on the science fiction TV series Andromeda (remember Andromeda?), which was based on Gene Roddenberry’s unused material.

Word is that Alex Kurtzman and Bob Orci — who penned the last two Trek movies — would still remain on board the sequel as producers for Star Trek 3. At the moment, however, their Into Darkness co-writer Damon Lindelof won’t be involved. Assuming this story pans out, you can be sure we’ll be hearing a lot about Miller and Stentz in the months to come.

With the project rumored for a 2014 production start, a screenplay and director will have to be found ASAP for Star Trek 3 to get off the ground. That makes the second part of Badass Digest’s story particularly interesting. They say they’ve been hearing whispers that J.J. Abrams might possibly dropout of Star Wars: Episode VII. Obviously keen to stamp out the fire (whether there’s any truth to them or not), Disney and Lucasfilm released an official statement claiming that this is not the case. “There is no truth to the rumour,” begins the official response. “J.J. is having a great time working on the script and is looking forward to going into production next year.”

Of course that’s likely the sort of thing they’d say either way, and goodness knows Abrams has a history of sometimes-contradictory rumors surrounding himself and his projects. Let’s just say for the moment that he was to leave Episode VII; would that mean he’d likely be back in the director’s chair for Trek 3 instead?

Star Wars Celebration: Europe is scheduled to begin in a few days, on July 26 in Messe Essne, Germany, and there’s expected to be some Star Wars-related announcements coming out of Europe. Mark Hamill, Carrie Fisher, Warwick Davis, Jeremy Bulloch, Anthony Daniels, Kenny Baker, Peter Meyhew, and Kathleen Kennedy are all expected to be guests at this year’s celebration in Germany.

As for Star Trek, it would be good to have new writers like Ashley Edward Miller and Zack Stentz signed on to write the next sequel. Lord knows, the Star Trek reboot film series needs something fresh and more exciting this time around. Star Trek Into Darkness didn’t necessarily “boldly go where no one has gone before,” if you know what I mean.

Star Wars: Episode VII will hit theaters everywhere sometime in 2015, while Star Trek 3 is expected to be released sometime in 2016 for Star Trek’s 50th anniversary. Once there’s official confirmation about the change in Trek 3‘s writing line-up, we’ll keep you posted. 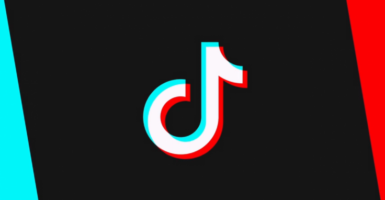