There have been some exciting landmarks in space exploration in the past year or so. Private corporations like SpaceX have proven that they’re dead serious about their commitment to pushing space exploration forward in a way many of the major governments haven’t tried in a long time. We’ve had headlines that a few years ago would have read like outright science fiction, from a reality show that wants to give people a one-way trip to Mars, to a plan to mine freakin’ asteroids that includes James Cameron among its supporters. That latter jaw-dropper is under the auspices of the company Planetary Resources, and The Atlantic interviewed PR co-founder Eric Anderson a while back about the coming age of space exploration, expansion, and even colonization. For most of my life, space exploration has seemed like a rapidly dwindling dream that made me sad I was born too late to see the space race of the ‘60s and ‘70s. With the collapse of the Cold War, one of the primary motivating factors to keep pushing onward and upwards vanished as well, and economic problems across the board have kept governments for throwing the cash at space exploration that they once did. Now private companies are stepping forward, and not in a small way. Companies like SpaceX and Planetary Resources are daring to dream big, and I’m keeping my fingers crossed that I’ll live long enough to see some of the sci-fi wonders I grew up reading about. Anderson thinks that is entirely possible, with a permanent colony on Mars likely happening sometime between 30 and 60 years from now.

While it would certainly be easier to return to the Moon, Anderson sees Mars as a more ambitious and more inviting place for a permanent human colony. He tells The Atlantic:

This Mars colony will start off with a few thousand people, and then it may grow over 100 years to a few million people, but it will be there permanently … My colleague Elon Musk is aiming to get the cost of a flight to Mars down to half a million dollars a person. I think that even if it costs maybe a few million dollars a person to launch to Mars, a colony could be feasible. To me the question is, does it happen in the next 30 years, or does it happen in the next 60 to 70 years? There’s no question it’s going to happen in this century, and that’s a pretty exciting thing.

One of the keys to getting this long-delayed expansion into high gear is in using the resources that already exist in space to help drive us further out into our own system. This is in contrast to what we’ve done traditionally: anything we wanted to take with us had to be brought along from Earth, always a pricey affair. As Anderson puts it, “It would have been pretty tough for the settlers who went to California if they’d had to bring every supply they would ever need along with them from the East Coast.”

Anderson sees the key to this approach in the asteroids, especially of the near-Earth variety.

That’s why Planetary Resources exists. The near-Earth asteroids, which are very, very close to the Earth, are filled with resources that would be useful for people wanting to go to Mars, or anywhere else in the solar system. They contain precious resources like water, rocket fuel, strategic metals. So first there needs to be a reduction in the cost of getting off the Earth’s surface, and then there needs to be the ability to ‘live off the land’ by using the resources in space.

If the asteroids can help with one of the challenges of getting to, and staying on, Mars, the issue of price is still a major hurdle. Even allowing for the benefits of resources mined from asteroids, some things still have to be lifted out of Earth’s gravity well before they can head elsewhere, and that ain’t cheap. But it is, however, getting cheaper, and private space exploration companies are working along with governmental agencies to find new ways to knock down those numbers. Anderson details the penny-saving measures Planetary Resources will be applying to their first asteroid mission:

…our prospecting mission to a set of targeted asteroids will use the Arkyd line of spacecraft. The first of that series, the Arkyd-100, would have cost $100 million, minimum, in the traditional aerospace way of business and operation. But with the engineering talent we have, and by using commercially available parts and allowing ourselves to take appropriate risks, we’ve been able to bring that cost down to $4 or $5 million dollars.

Our first missions, for asteroid reconnaissance, will be launching in the next two to three years. For these missions, we’re going to launch small swarms of spacecraft. When I say small, I mean we’ll send three or four spacecraft, and each one of those spacecraft may weigh only 30 pounds. But they will have optical sensors that are better than any camera available today. They will send back imagery, they’ll map the gravity field, they’ll use telescopic remote sensing and spectroscopy to tell us exactly what materials are in the asteroid. It will be possible to know more about an ore body that’s 10 million miles away from us in space than it would be to know about an ore body 10 miles below the Earth’s surface. We’re really not talking about if; we’re talking about when.

I have no doubt that the challenges of getting back to the Moon, to Mars, and beyond will be challenging and sometimes frustrating, but they are absolutely goals worth pursuing if our species is ever to step beyond the cradle (and, by extension, lessen the chance of us wiping ourselves out entirely while stranded on one planet). Meeting these challenges will require skill, determination, cash, and more than a little chutzpah. But who the hell ever said it paid to dream small? 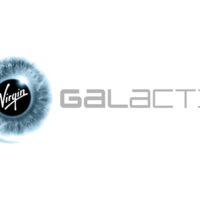