For the eighth season of The Simpsons, the writers put together a vignette special titled “The Simpsons Spin-off Showcase,” which envisioned members of the gigantic supporting cast in a variety of different series, the most impressive of which was Chief Wiggum, P.I. (which I would probably become a rabid fan of). The Simpsons could do one of those episodes every year and still have characters left over without a show. So maybe it’s time for the independent artists to get in on it.

UK illustrator Jack Teagle created his own dark spin-off in the form of a six-page webcomic titled “Wasteland.” It follows Springfield Elementary bullies Jimbo Jones and Kearney Zzyzwicz as they make their way across a post-apocalyptic springfield, ruined in some way by the nuclear power plant. Think of it as The Walking Dead with mutant fish. You can read the comic below. 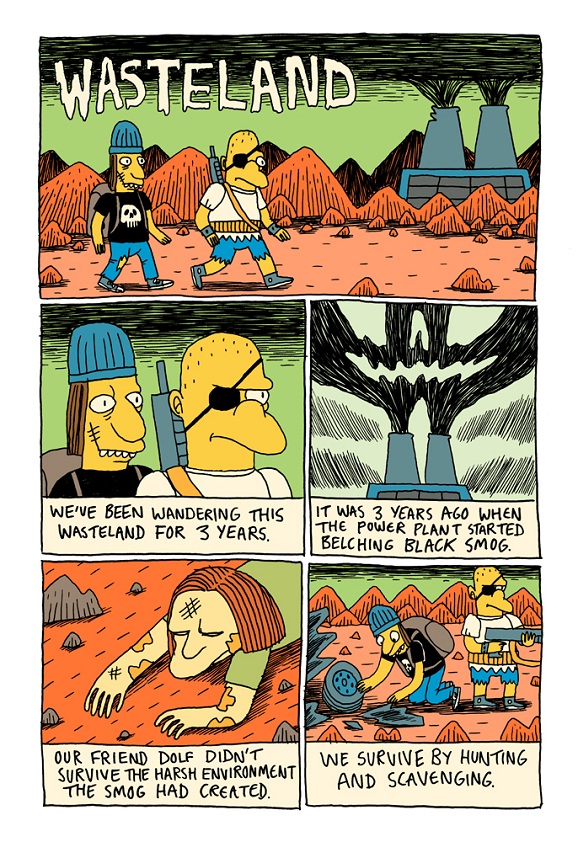 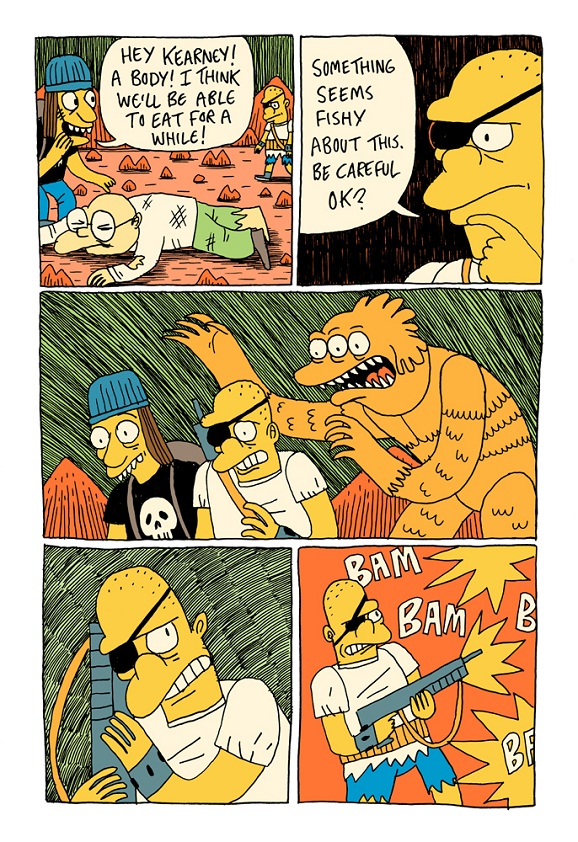 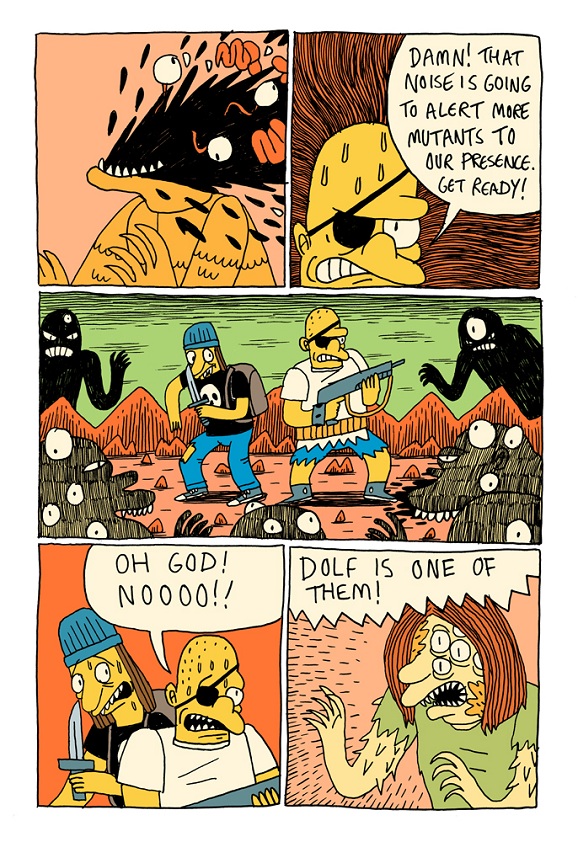 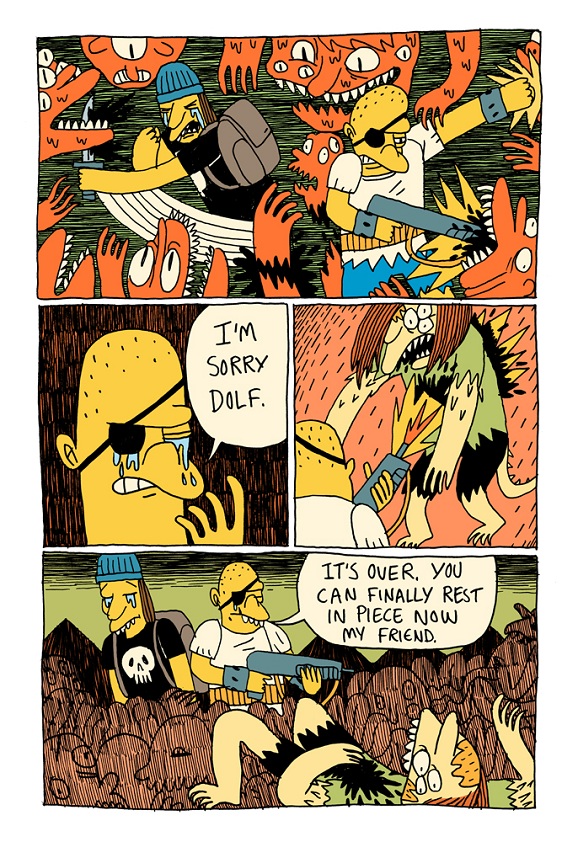 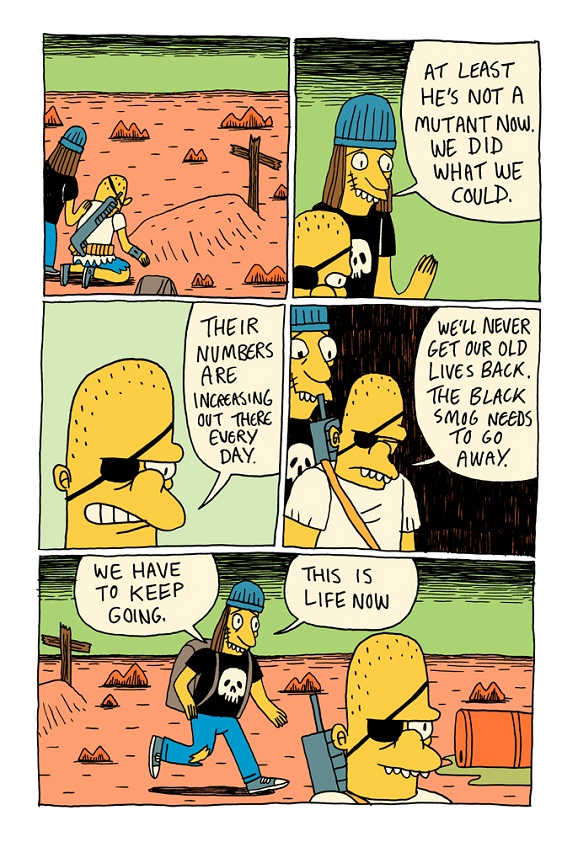 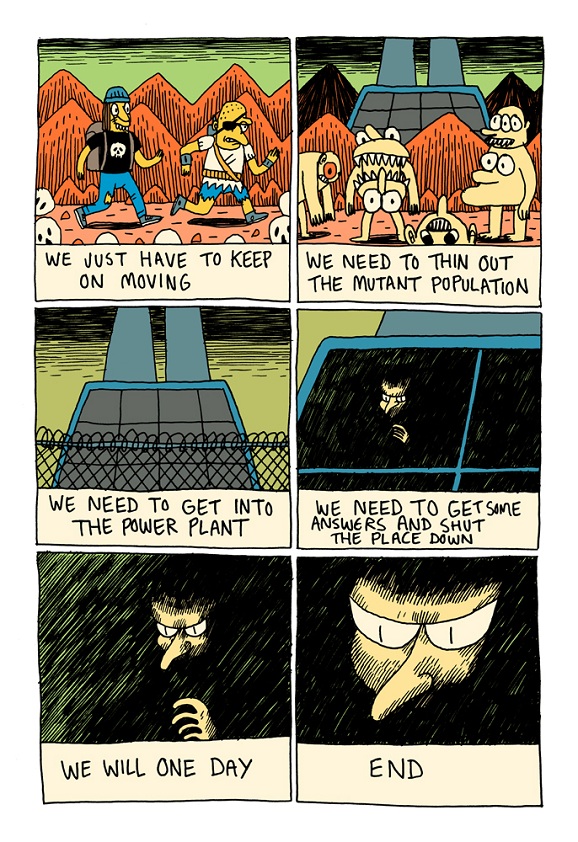 It’s rather strange to see Simpsons characters in a situation that isn’t funny, or at least one that isn’t intended to be funny. (Take that, you awful 14th season!) And even though the dialogue is a little corny and on the nose, it sells its story well enough, and the somewhat creepy ending makes the whole thing all the more palatable and fitting within Groening’s universe. What are shadows for if not to hide evil?

Taegle’s comic was a submission to the Simpsons Drawing Club Tumblr page, which collects UK artists’ work that is inspired by the show. It’s worth a few minutes of time you’ll never get back, as is Teagle’s other artwork.