Any time an actor gets questioned about a potential role in J.J. Abrams’ Star Wars: Episode VII, they get incredibly cheeky and put together answers that don’t actually answer the question being asked. And who is going to be cheekier than the hilarious Simon Pegg? An offhand Comic-Con comment by Benedict Cumberbatch, in which the Sherlock actor referred to Abrams’ “continuing use of Simon Pegg,” sparked rumors that the Shaun of the Dead star could be involved in the long-awaited Star Wars sequel. Pegg directly addressed this in a recent interview, and the British actor politely danced around the subject without ever saying, “No.” My money is on him being in this thing. (To be noted, I only have a penny.)

Wryly acknowledging that Cumberbatch did say “something” at Comic-Con, Pegg uses a deliberate choice of words that are full of implications and innuendo, but nothing so concrete. “J.J. uses me in different roles, and we’re good friends,” he told Vulture. “I feel like my face in Star Wars would pop people out of the movie.” He then shares his disinterest in people pointing at the screen and saying, “Oh, there’s Simon Pegg’s face.” He follows that up by calling the film cleverly cast with these amazing, unknown actors.

For one, there’s barely anyone cast in Star Wars: Episode VII that can be truly thought of as “unknown,” but the point here is his insistence on using the word “face” when he’s talking about it. Could he be voicing some CGI creature, or maybe he’ll wear a mask. Shaun of the Sith to the rescue!

Pegg was then asked if that meant he wasn’t in the movie, to which the Star Trek star smiled and said the following:

Of course I visited the set. It’s amazing, and I love Star Wars. I want to see everything happening. It looks wonderful, and you need to believe those characters. Any type of stunt casting might just pop you out of the movie.

What a wily guy, am I right? I’m not sure what kind of damage could be done to Star Wars: Episode VII by revealing that Pegg is voicing a wacky alien pet or something along those lines. Even if his character is super important, they could just lie about it, Khan-style. That wouldn’t surprise anyone.

Pegg’s relationship with Star Wars goes much further back than his friendship with Abrams. His classic comedy series Spaced devoted an entire episode to shitting on The Phantom Menace in deference to the original trilogy. Check out a particularly nerd-worthy scene below.

Will we see or hear Pegg when Star Wars: Episode VII hits theaters on December 18 2015? Like most things about the film, we’ll probably find out after we sit down in our seats and the movie starts to roll. 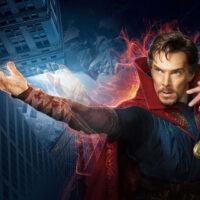 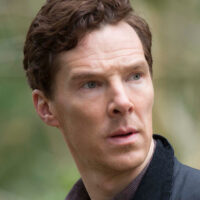