Any of the following people working on a project would pique TV lovers’ interest. Jon Favreau, Seth Green, Roberto Orci, and Michael Dougherty have teamed up to put together a new series. The concept and team is strong enough that ABC has already given them a pilot commitment for Ex-Comm, a sci-fi series that’ll be sprinkled with humor.

This is an incredibly talented coming together of sci-fi minds, along with extreme hilarious geek cred. Seth Green has gone from being one of the best young character actors in Hollywood to building a mini-empire with Robot Chicken. Roberto Orci works with his writing partner Alex Kurtzman in making some of the greatest modern sci-fi stories: Fringe, Star Trek, Lost. Favreau is most known for directing Iron Man, but is also behind the greatest Christmas movie of our time in Elf. Dougherty worked with Brian Singer on X2 and Superman Returns.

According to Deadline Ex-Comm will be a cross between X-Files and The West Wing. In the show the President of the United States and his executive committee work to investigate and protect the country from weird goings on. It sounds like they’ll be tackling a lot of common US conspiracies.

I’m intrigued to find out what will come out of a teaming up of K/O Paper Products, Kurtzman and Orci’s production company, and Seth Green and Matthew Senreich’s Stoopid Monkey. The show is going to be set in a world that could be real, but just a bit twisted. Still, I have visions in my head of a mash-up between Alias and Robot Chicken.

If everything goes forward as planned Ex-Comm will go to pilot in early 2012. 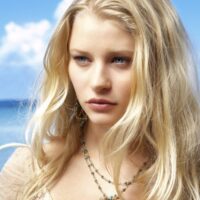 Emilie de Ravin: What Happened To Her After Lost? 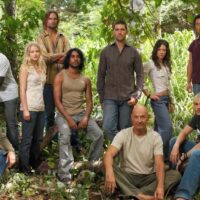