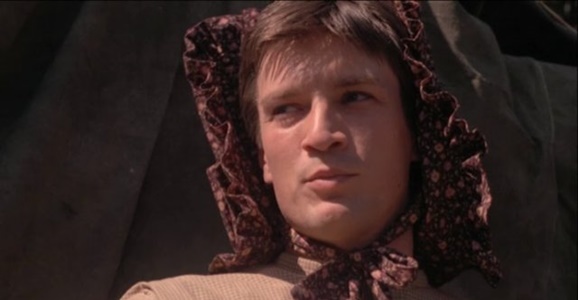 Firefly/Serenity
Ask any sci-fi fan worth his weight in awesomeness what show they’d give an arm to get back on TV and there’s a good chance they’ll say, “Firefly, duh.” (If they don’t say that, you have my permission to pluck them in the throat.) The world is a different place in Firefly’s universe, and the English language has become intertwined with Mandarin Chinese, which allowed Joss Whedon and his writers to make these characters curse about as often as you’d expect from a crew of space-faring renegades. And the swears are made all the more amazing simply by having Adam Baldwin and Nathan Fillion saying them.

Profanity Effectiveness Rating: For the everyday non-Firefly character, these are definitely a 10 out of 10, but if you just so happen to be one of Serenity’s crew, then it’s an 11 out of 10, and that’s gorram gospel.