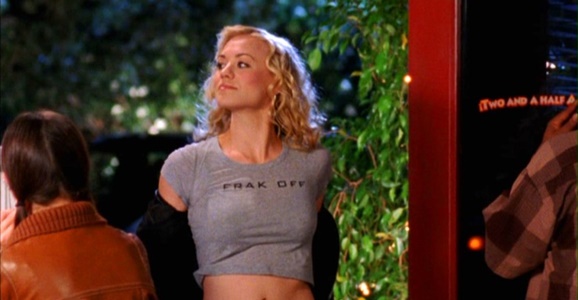 Battlestar Galactica
When you think of the granddaddy of faux, science fiction-based curse words, odds are the first one that springs to mind is “frak” from Battlestar Galactica. Though it originated in the 1978 original, frak proved such an effective fake swear that it was adopted by other shows and even transcended the boundaries of science fiction. It popped up, primarily as an homage, on shows like 21 Jump Street, 30 Rock, Chuck, Warehouse 13, and many, many more. Like we said, it’s the top of the heap as far as fake profanity goes, and if you want to both curse without cursing and tip off your audience as to your geek cred, you toss in a frak or two.

Profanity Effectiveness Rating: As we said, this is the gold standard of fake science fiction swear words, and just like the version that gets bleeped, it is appropriate in almost any situation. You can use it and f-bomb as an insult, as either a positive or negative exclamation, and as a sharp declarative or a drawn-out expression of awe. There’s a visceral texture to the word, as well as an edge that cuts hard. Say it right, and you can damn near feel the impact. 10 out of 10.