By David Wharton | 8 months ago Judge Dredd
Judge Dredd has been enforcing the law for nearly 40 years’ worth of adventures. But he doesn’t strike us as the sort who’s looking to settle into his golden years quietly, so why not retire from the Judges and join a hard-assed mercenary crew like the one we’re assembling? In the sprawling post-apocalyptic metropolis of Mega-City One, the Judges are judge, jury, and executioner. And Judge Dredd is more than just another cop: he was actually cloned from the the DNA of the very first Chief Judge, the man who founded the Judge system. While Dredd has license to kill if the crime calls for it, he’s no mindless terminator, so you won’t get a bullet in the dome unless you deserve it. He’s got extensive experience in criminal investigation, combat, and the ability to read people that only several decades on the beat can grant you. He could also come in handy if the Sci-Fi Expendables run afoul of any law enforcement types. Dutch
Most of the crew in The Expendables are made up of ex-military, special-forces types, and who is more special than Arnold Schwarzenegger’s Dutch in Predator? Screw Stallone (okay, that might be a bit harsh, I love Stallone), this is the kind of guy you want at the helm if you’re staging a small-scale black ops incursion into a hostile country. Not only is a pinpoint tactician with a stellar resume a mile and a half long, he can arm wrestle the shit out of a jacked-up Carl Weathers. He’s also got the stones to strip half naked, smear mud all over his well-developed physique, and go hand-to-hand with a vicious alien hunter. You need that type of leadership. When Dutch bellows, “Get to the choppah,” you know you damn well better get your ass to that helicopter, post haste. 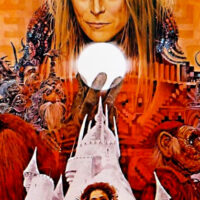