You need look no further than last summer’s The Watch for proof that sci-fi comedy is a tricky genre, and that sometimes even talented actors can’t salvage a shitty script. Still, the talented cast part certainly can’t hurt, and adding Sir Ben Kingsley to in the role of a villainous “box magnate” sounds like a good start.

Director Justin Reardon has been developing a sci-fi comedy called Convention, and the project has now added Sir Ben Kingsley, Jennifer Aniston and Mark Duplass to its cast. The film’s screenplay was written by Jimmy Neutron scribe Christopher Painter, and is described as a “wildly original and funny” film. Charlie Kaufman’s (Adaptation, Being John Malkovich) name is often dropped into conversation as a tonal comparison. It’s a dangerous thing to use the epitome of modern surreal filmmakers as your first example, but it does ramp up the anticipation.

The plot sounds like something from the children’s fare that Painter is known for. Paul (Duplass) and Abby (Aniston) are a team of brother-and-sister inventors. Paul is the mild-mannered guy, and Abby is the wild ‘n’ crazy gal. They invent a five-sided box that could turn the storage industry on its head. Worst-case scenario? It destroys the very fabric of the universe. Kingsley plays Bobby Schroedinger, the villain box magnate. That’s right. A box magnate. If they cast a talking CGI animal at some point, I won’t be surprised. But even that simple description has more than enough room to include a wide number of ways to tell a story. Let’s hope it makes us laugh as well as think.

We’ll have to wait until some undisclosed time in 2013 to get a peek at Reardon’s directorial debut, A Many Splintered Thing. See what he did there? It’s an offbeat love story with a huge cast including Chris Evans, Giovanni Ribisi, Aubrey Plaza, Michelle Monaghan, Luke Wilson, and Topher Grace. 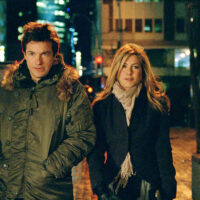 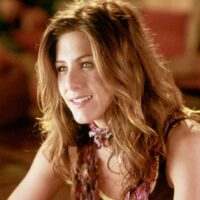