Gipsy Danger unsheathes her sword (Pacific Rim)
Although watching a skyscraper-tall mech swing a cargo ship like a baseball bat is one of more badass things you’ll ever witness on a movie screen, the most memorable moment of Guillermo del Toro’s Pacific Rim is when the Jaeger known as Gipsy Danger finally whips it out. And by “it” I of course mean that big ol’ sword. This has drawn a great deal of criticism. Of all the weapons used against the monstrous Kaiju — rockets, bullets, nukes — none apparently work as well as this simple sword. The question that plagues so many is this: why didn’t it come out sooner?

Some argue that the caustic nature of the Kaiju blood puts a damper on the sword, but is that really going to cause more damage than stray bombs or robots and monsters stomping through your city? Probably not. We could go back and forth all day, but I’m of the school that thinks the sword appears right when it should in the narrative. It appears at the perfect moment for one of the main characters — for what little character there actually is — but more importantly, Gipsy pulls out her blade and hacks that Kaiju to pieces at the perfect moment to be completely awesome. Logic be damned — we’re also talking about a movie primarily composed of robots and monsters punching each other — this is one of the best movie moments of 2013. 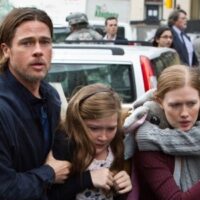 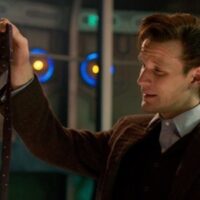 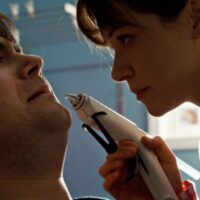