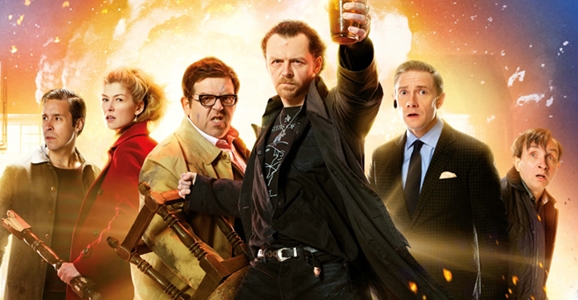 The World’s End (August 23)
$20 million budget; $46 million worldwide box office
Rotten Tomatoes rating: 89%
The World’s End is one of those movies we fully expected to be amazing, and it delivered on that potential beautifully. Even though some of its surprises were spoiled a bit by the trailers, it was still a blast and a fitting conclusion to Simon Pegg and Edgar Wright’s “Three Colours Cornetto” trilogy, which began with Shaun of the Dead and continued in Hot Fuzz. It also held a place close to our heart since it skewered our very favorite genre, that of science fiction. Crucially, however, all the sci-fi trappings weren’t nearly as important as the themes at its core, of not wanting to grow up and face the challenges and harsh truths of adulthood. It’s a love letter to humanity at its messiest and most frustrating, all wrapped up in blue-blooded alien robots, epic bar fights, and perhaps the greatest pub crawl of all time. GFR raises a toast to all those involved. 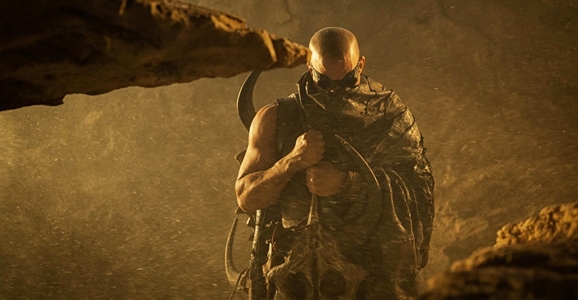 Riddick (September 6)
$38 million budget; $98 million worldwide box office
Rotten Tomatoes rating: 59%
Now here’s a movie that, even a few years ago, I would have put money on us never seeing. The first Pitch Black sequel — 2004’s The Chronicles of Riddick — traded that film’s lean mix of tension and dark humor for a complex mythology and expository infodump that seemed to lose touch with what made the character of Richard B. Riddick interesting in the first place. Nevertheless, director David Twohy and star Vin Diesel managed to bring a new Riddick movie into the world damn near through sheer force of will alone. Well, that and a bit of wheeling and dealing on Diesel’s part. It’ll be interesting to see if the new flick’s modest success will merit a fourth Riddick film. Twohy and Diesel certainly seem to have no shortage of ideas for the character and the universe. 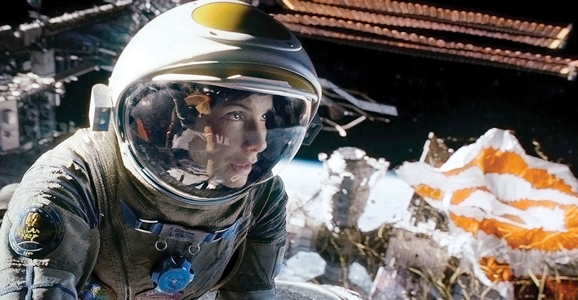 Gravity (October 4)
$100 million budget; $653 million worldwide box office
Rotten Tomatoes rating: 97%
Gravity is another big surprise of 2013. Not because it was good — we expected that based on Alfono Cuaron’s involvement alone — but because it conquered the box office to a stunning degree. As much as I was excited by the trailers, Gravity just didn’t look like the sort of movie the general public would embrace. But this is one of those flicks that offers spectacle that simply had to be seen on the biggest screen possible, and it unquestionably benefited from word of mouth. I remember the week after it opened, seeing social media alight with people espousing variations of “OMG OMG OMG GRAVITY!” It was the sort of breakaway hit that had people seeing it multiple times in theaters, knowing that it won’t have nearly the visceral impact on the comparatively smaller screen in your living room. And while Gravity’s actual story was pretty basic, there’s no question that Cuaron’s film is a master class on crafting tension and thrills, and it also raised the bar when it comes to cutting-edge effects with its remarkably convincing portrayal of working and surviving amidst the perils of space.