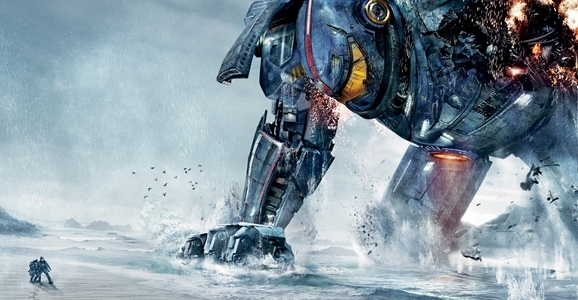 Pacific Rim (July 12)
$190 million budget; $408 million worldwide box office
Rotten Tomatoes rating: 72%
Speaking of being saved by overseas box office, along come Pacific Rim. It’s a movie that knows precisely what it wants to be, and director Guillermo del Toro delivered on that potential brilliantly. It may have been dumb, but goddamn was it a good time in the theater. Sadly, Warner Bros.’ hyperactive marketing campaign did little to win over those not already sold on the concept, undoubtedly leaving Pac Rim dismissed by many moviegoers as some sort of overblown Power Rangers ripoff. (Which it sort of was, but in the very best way possible.) Indeed, del Toro’s flick was on course to be a serious dud, bringing in only a little over $100 million domestically — bad news when your production budget was nearly $200 million. Once again overseas audiences rode to the rescue, tripling Pac Rim’s U.S. numbers and driving the final worldwide total to over $400 million. It certainly wasn’t a best-case scenario, but it rallied enough that there’s still a chance we’ll get a sequel. 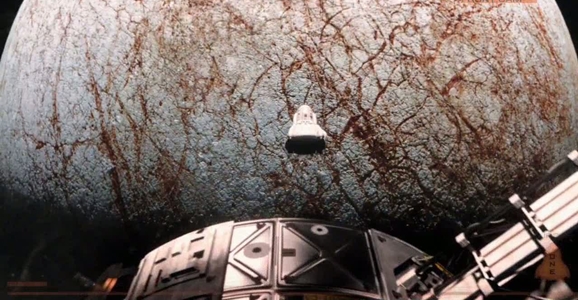 Europa Report (August 2)
$22,000 budget; $125,000 box office
Rotten Tomatoes rating: 79%
Europa Report was a breath of fresh air among the summer’s overblown $200 million fiascoes such as The Lone Ranger and R.I.P.D.. It didn’t need millions of dollars to tell its story, instead crafting a lean and simple storyline and packing it with tension, human drama, and one of science fiction’s most important qualities: a sense of wonder. Like Alfonso Cuaron’s Gravity, Europa Report reminds us of just how wondrous space can be — and how deadly. It shared more than just the Jovian neighborhood with the underrated 2010: The Year We Make Contact. Both films excel at crafting a feeling of mystery and majesty and terror, all mixed together. To mangle a well-known saying a bit, space is not only stranger than we imagine, but stranger than we can imagine, and Europa Report sells that idea brilliantly. It is also, as I’ve said before, the first movie I can recall that elicited an audible gasp from me. I’ll most definitely be keeping my eyes on director Sebastián Cordero and writer Philip Gelatt’s future projects. 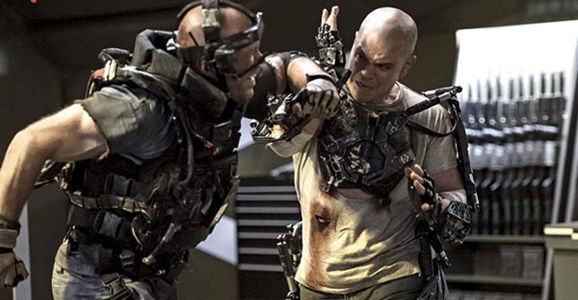 Elysium (August 9)
$115 million budget; $286 million worldwide box office
Rotten Tomatoes rating: 69%
Elysium is another flick that, while successful, under-performed based on expectations. Many of those expectations were creative, as writer/director Neill Blomkamp had previously wowed the world with 2009’s amazing District 9, a movie that cost a fraction of Elysium’s budget. After all, District 9 was made for a comparatively paltry $30 million; thoughts of what Blomkamp might be able to accomplish with nearly four times that were definitely enticing. And Blomkamp did indeed put that $115 million up on screen, once again wowing with a world that was detailed and lived-in and compelling. Unfortunately, the story itself was a bit of a letdown, never really hitting its stride and leaving us with a “victory” that, when exposed to a bit of critical thinking, wouldn’t actually be the happy ending it would have us believe. Still, I was glad to see Elysium also benefit from foreign box office, if only because Blomkamp is one of the most exciting genre filmmakers out there, and I want him to be able to continue telling his stories up on screen, even if Elysium felt like something of a misstep.