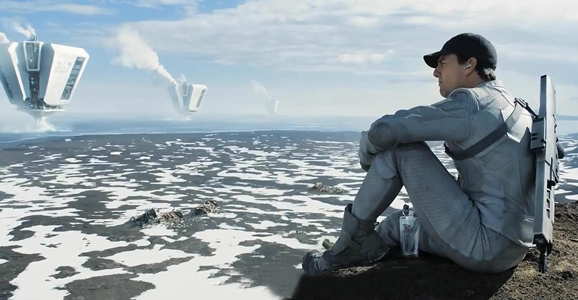 Oblivion (April 19)
$120 million budget; $286 million worldwide box office
Rotten Tomatoes rating: 54%
Ahh, Oblivion. This is one that somewhat straddles the lines between “Winner” and “Loser.” It more than doubled its budget back, which is a good general bar for box office success, but a global box office total of $286 million isn’t solid enough to earn high fives throughout the offices of Universal, especially since it only pulled in $89 million here in the States. That’s a long way from Tom Cruise’s glory days, and not much more than his Days of Thunder pulled in back in 1990 — $82 million domestic, and that’s not adjusted for inflation. Oblivion pretty much followed in the footsteps of director Joseph Kosinski’s previous film, Tron Legacy: gorgeous, but without much substance beneath the impressive patina. This is a guy who needs to find one truly amazing script and let his style and visual sense knock it out of the park. As for Cruise, hopefully his next SF flick, Edge of Tomorrow, will win over audiences even more. 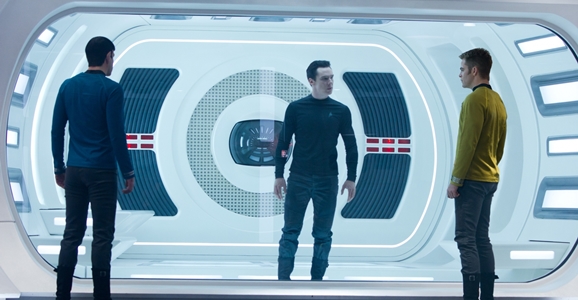 Star Trek Into Darkness (May 17)
$190 million budget; $467 million worldwide box office
Rotten Tomatoes rating: 87%
And now to what is probably the most controversial movie of 2013. As with J.J. Abrams’ 2009 forerunner, critics were mostly kind to Into Darkness, although not as kind — the first flick currently has a whopping 95% fresh rating on RT. It was also a financial success, doubling its nearly $200 million budget and then some. But while it was a box office success, it wasn’t as successful as Paramount would have liked. Some of that almost certainly comes down to the schizophrenic, ill-advised “he is/he isn’t” nonsense surrounding Benedict Cumberbatch’s role as John Harrison/Khan. That’s certainly the choice, along with some very ballsy and/or crazy decisions in the third act, that had many long-time Trek fans up in arms over Abrams’ sequel. As I said when I first reviewed it, I rather enjoyed it for what it was (rather than what it wasn’t), but I can understand why it rubbed many fans the wrong way. (Even if I do think voting it as the worst Trek movie ever is ludicrous.) Love it or hate it, the new Trek universe is here to stay for the time being, and hopefully a new director and new writers will serve up something that can please everybody, devout fans and casual moviegoers alike. 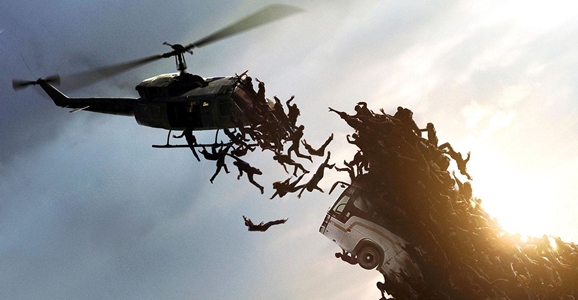 World War Z (June 21)
$190 million budget; $540 million worldwide box office
Rotten Tomatoes rating: 67%
World War Z is easily one of the most talked-about films of last year, and that’s not because it was a great movie. It wasn’t bad — it was certainly a lot better than most of us had been expecting in the weeks leading up to its release — but more surprising than its not-terrible-ness was just how thoroughly it tore up the box office. It made its budget back plus some in the States, but over 60% of its total haul came from overseas markets, for a worldwide total that crossed the half-billion-dollar mark. Did anybody see that coming after the first underwhelming trailers? We sure as hell didn’t foresee it not only earning a sequel, but becoming the biggest film of Brad Pitt’s entire career. The loyalists may bemoan the changes the film made from Max Brooks’ acclaimed novel, but there’s no question World War Z was one of the year’s most surprising wins.