Rupert Wyatt has directed Rise of the Planet of the Apes and was on the shortlist of directors to take over Star Trek 3 after Roberto Orci vacated the seat. While that last one didn’t pan out, going instead to Fast Five’s Justin Lin, Wyatt is sticking with sci-fi for his next project, an ambitious, ten-part series called Echo Chamber.

This has been in the works for some time, as it has been in development for five years, but things appear to have changed over time. The story follows a British soldier who goes undercover in the IRA, which, while it sounds promising, is hardly science fiction in any way. That said, it’s apparently evolved in the last few years, shifting from a true-life tale of bravery and heroism, to something with more of a genre bend. And we support that completely.

Echo Chamber was originally supposed to air on HBO in three 90-minute chunks, but that’s no longer the case in either regard. The premium cable network is apparently no longer involved, and it will air in ten shorter episodes. Talking to Slashfilm, Wyatt says, “Yeah, it was originally developed based on a true story, which HBO and I were going to do, but we’ve evolved it into more of a science fiction temper, so yeah.”

As is the case so often these days, and following the lead of filmmakers like Steven Soderbergh, who directed every episode of The Knick, Wyatt plans to helm all ten episodes. Now that HBO is no longer part of the plan, he’s looking for other outlets, and has some ideas. He tells Collider, “I’m going to direct all 10 episodes. […] I’m thrilled by the whole notion of making a long-form film and the idea is set into ten parts. It’s why Netflix might be a better place for it, because we’re mounting it as one huge film.”

Netflix is getting into original science fiction with the Wachowskis and J. Michael Straczynski’s upcoming series Sens8, and it might be a nice fit. Wyatt also goes on to talk about the changes and the new direction of Echo Chamber. He says, “It’s based on a true story of a British solider who goes undercover into the IRA, but we transferred it to a more science fiction context, so it follows the same trajectory of the character but it’s a different setting though.”

I’m curious what that means, but there are some interesting possibilities. If the IRA is still involved, perhaps they’re working on some kind of new technology to forward their cause. But I could also see the set up being that maybe the soldier goes undercover with a militant group of aliens or something like that. Who the hell knows, there are tons of directions they could go.

This doesn’t tell us anything real or concrete about Echo Chamber, but there’s potential. More than anything, I’m curious to see how the undercover agent thing fits in with the science fiction angle. Wyatt wants to begin production sometime next year, but it could be pushed off until 2016, and as soon as we hear anything more, we’ll let you know. 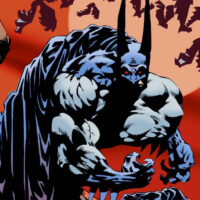