RoboCop Poster Has Things Under Control

Despite the fact that director José Padhila’s remake of RoboCop hasn’t even started filming yet, the movie is getting one hell of a push from MGM. The updated version of Paul Verhoeven’s 1987 classic left its fingerprints all over Comic Con, including a new teaser poster. 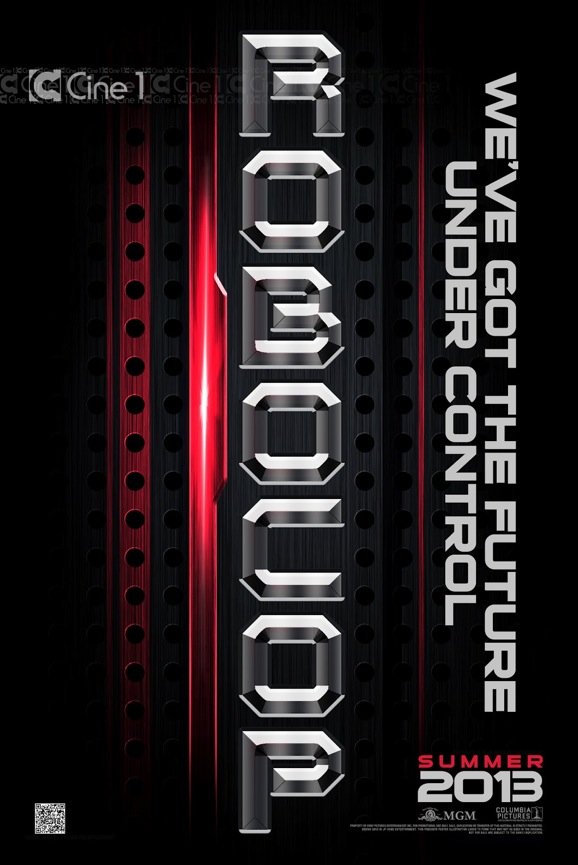 Set in the year 2029, the world of RoboCop is largely controlled by mammoth corporations. OmniCorp is chief among these businesses. Their interests lie primarily with military technology, but on the rough-and-tumble streets of Detroit they’re looking to bring the war home with an army of drones designed to serve and protect.

Alex Murphy is a father and cop, one of the few good cops who actually takes the ideals of his job seriously. When he is critically wounded on the job, OmniCorp resurrects him as their latest science project, a half-human, half-robot, all-ass-kicking dispenser of justice: RoboCop.

There’s not a lot to the poster. The image is a simple design, presumably of some sort of armored section of RoboCop. It’s the OmniCorp slogan, “We’ve got the future under control,” that is the main focus. In Verhoeven’s RoboCop, the idea of living under the corporate thumb—the privatization of police forces, government, and the like—plays an important role, but is often treated as satire. What we’ve seen from Padhila’s version that aspect feels like it will be more blatant, less subtle. Part of the fun of the original is the wicked, biting sense of humor, and you can’t help but think the remake is going to get preachy.

Joel Kinnaman (The Killing) stars as Murphy/RoboCop, a role played by Peter Weller in the original, as well as the first sequel in 1990. Gary Oldman (The Dark Knight Rises) plays Norton, RoboCop’s creator. Samuel L. Jackson is media mogul Pat Novak. Abbie Cornish and Hugh Laurie round out the cast as Murphy’s wife and the primary antagonist, respectively.