Director Ridley Scott is currently hard at work on his Alien prequel Prometheus, and recently stepped up to offer a few more details on what the movie’s about. As it turns out, the name’s not just a catchy title but a fairly obvious reference to Greek mythology.

Like that same named mythological character Ridley explains that the whole thing is a metaphor and that it’s a movie about a higher being challenging the gods for fire, when the gods don’t want him to have it. There’s been a lot of talk that the Aliens themselves may be some sort of genetically engineered creation, and I suspect that’s going to play into this.

Ridley also talks about how this new movie fits together with Alien. Previous statements from him have indicated that this is a very different kind of movie, with not a lot in common with the other Alien franchise films. But he does confirm that in the last eight minutes of Prometheus the story turns into “a pretty good DNA of the ‘Alien’ one.” It’ll all fit together, eventually.

You can read more from Ridley Scott over at the WSJ.

Visionary filmmaker Ridley Scott returns to the genre he helped define, creating an original science fiction epic set in the most dangerous corners of the universe. The film takes a team of scientists and explorers on a thrilling journey that will test their physical and mental limits and strand them on a distant world, where they will discover the answers to our most profound questions and to life’s ultimate mystery. 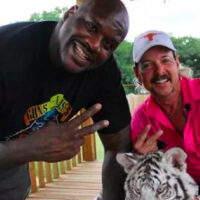