Resident Evil: Retribution, the fifth chapter in the lucrative, videogame based franchise, opens in theaters September 14th. Shot in 3D by director Paul W.S. Anderson, the film promises to deliver lots of slow motion diving and random things flying off the screen at your face. What else is 3D technology for?

Retribution is a kind of greatest hits collection from the series. A new poster, and a handful of stills show some of the familiar faces you’ll be seeing as Alice (Milla Jovovich), once again, attempts to take down the sinister, ubiquitous Umbrella Corporation. 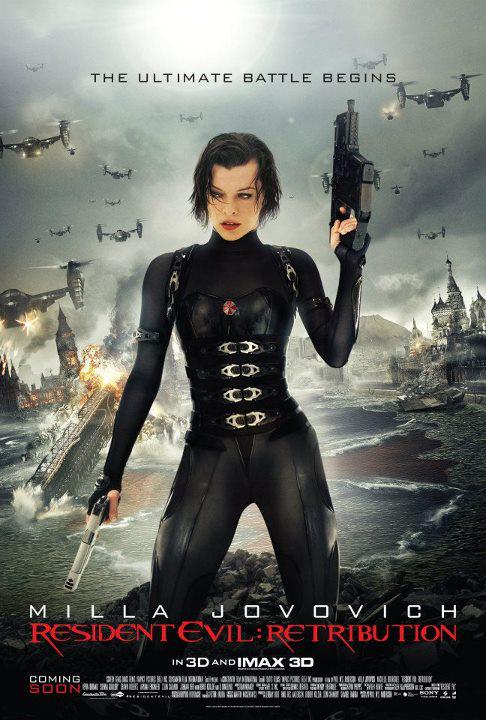 This above poster may look familiar, the franchise trend in poster design tends to place Alice, heavily armed, in a skintight bodysuit, standing in front of some action happening in the background. Though in this particular instance, the surrounding activity is intense and apocalyptic. Good for them. 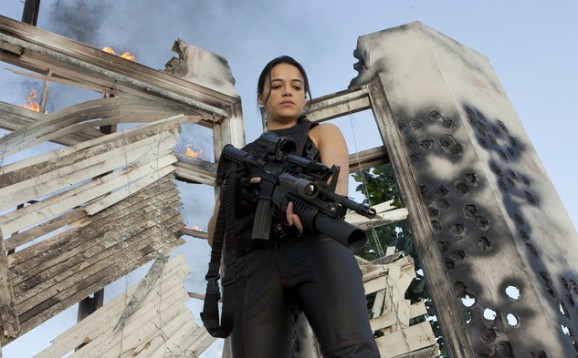 We haven’t seen Michelle Rodriguez’s Rain Ocampo since the first film, way back in 2002. 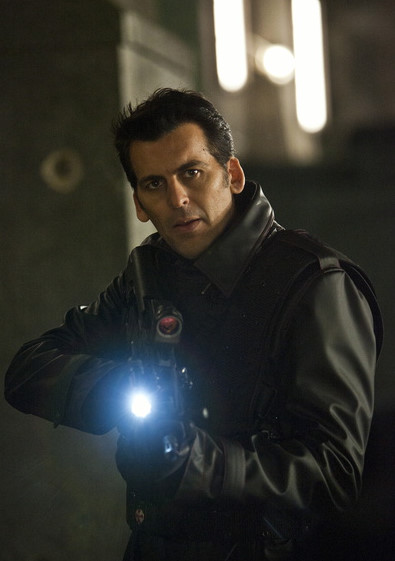 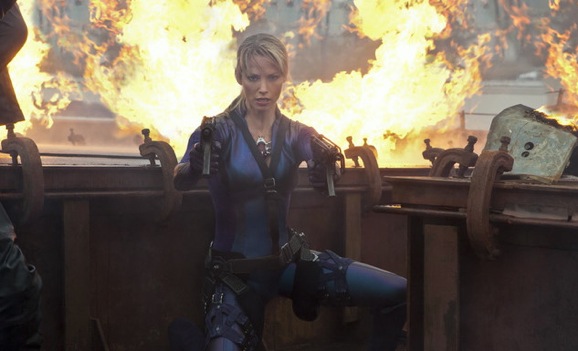 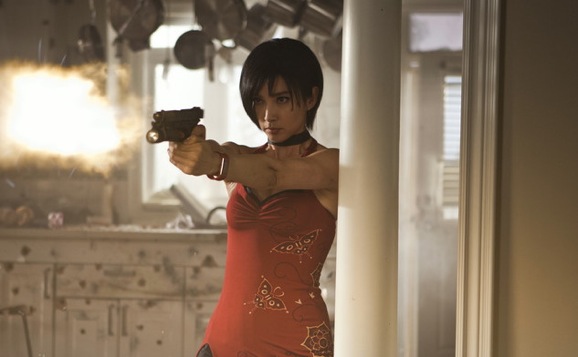 For Ada Wong (Li Bingbing), this will mark the first big screen appearance for the long time videogame character.

A number of other familiar faces, both from the films and the games, also make appearances in Retribution.

When Alice wakes up deep inside the most secretive Umbrella facility, more and more of her past is revealed. In order to bring those responsible for unleashing the T-Virus, she, with a little help from her friends, must hop around the globe from Tokyo to Moscow, searching for answers. What she finds, she might not like.