Resident Evil 6 Delayed Because Of A Baby On The Way 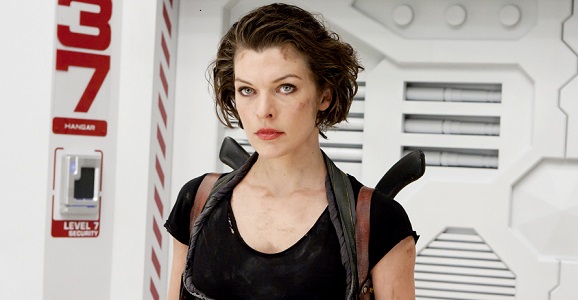 Boy, a lot can happen in a year and a half, right? Last March, Sony and Screen Gems announced that the then-unsubtitled Resident Evil 6 already had a comfortable post-summer release date of September 12, 2014. Then, in April of this year, director Paul W.S. Anderson announced he would return to the director’s chair and would begin writing the script. Now, the currently titled Resident Evil: The Final Chapter has been postponed for at least another year. Wait, what I meant to say up top was, “Boy, a lot of nothing can happen in a year and a half.”

Luckily, this delay isn’t due to production problems or anything negative in the least. Anderson and Resident Evil star Milla Jovovich are now expecting their second child! The timing couldn’t have been more opportune, as the film’s production was set to kick off this week. Better to hear this good news before they’re in the middle of filming and Jovovich’s body starts doing very unfilmable things.

Jovovich announced the news on her Facebook page earlier today, saying it “was originally going to be a post to tell you how excited I am about flying to Cape Town to begin working on Resident Evil: The Final Chapter.” She goes on to say that, after discussing it with her filmmaker hubby, they decided to push production of the film back until at least next summer, to give her time to get back into zombie-demolishing form.

Between the stunt work and what will become my ever-expanding belly, we didn’t think pregnancy and zombie killing are the best combo! Lol! I imagine the only thing I’ll be killing in the near future is an endless supply of cupcakes. Yikes…”

She goes on to thank everyone doing prep work in Cape Town, as well as all of the fans who will wait another year to watch this flick. (I probably won’t be one of those people, but that’s beside the point.) What do we all think about this sequel being called “The Final Chapter?” In the history of pop culture, have the words “The Final Chapter” ever actually signified the final chapter of something? Bands that call their albums that inevitably come back for more, and I don’t think we need to mention that one dude in the hockey mask.

So if the pre-production process is fully completed by the time Jovovich has healed up her maternal parts, then it’s safe to assume Resident Evil: The Final Chapter will begin filming as soon as possible. But since human life is more important than a bunch of zombie things, we at GFR would like to congratulate Jovovich and Anderson on their upcoming bundle of joy.