This is a good time to be a sci-fi fan with access to a television. Doctor Who is in full swing, the fifth season of Fringe starts next week, and a handful of new genre shows are hitting the networks this season. That’s all great news, to be sure, but the absolute highlight of this fall, for me anyway, is going to be Red Dwarf X. Again, new episodes of Red Dwarf!

Building up to the new season—the first since the 2009 miniseries Back to Earth, and the first real installment since 1999—Dave TV has let drop a new clip and collection of images.

The best part of all of the promotional material is that it makes Red Dwarf X look like a true return to form for the sci-fi sitcom. Back to Earth was kind of a tease, and left a lot to be desired. The upcoming season plants Dave Lister (Craig Charles), Arnold Rimmer (Chris Barrie), Cat (Danny John-Jules), and Kryten (Robert Llewellyn), back where they belong, stranded millions of years into deep space, up to their necks in trouble, and taking the piss out of each other.

This clip is vintage Dwarf. It’s Rimmer and Lister doing what they do best, being an obnoxious prat and ripping on Rimmer, respectively. From these photos, there’s more of this sort of thing in store. 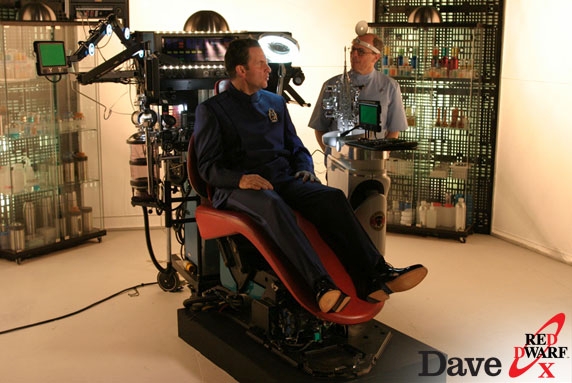 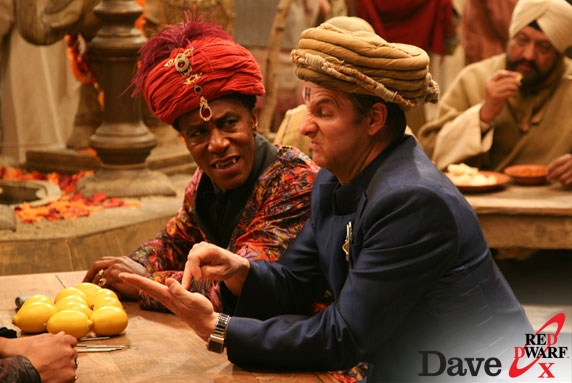 …or why he and Cat are wearing turbans with a plate full of lemons. You know the story behind that one is going to be good. 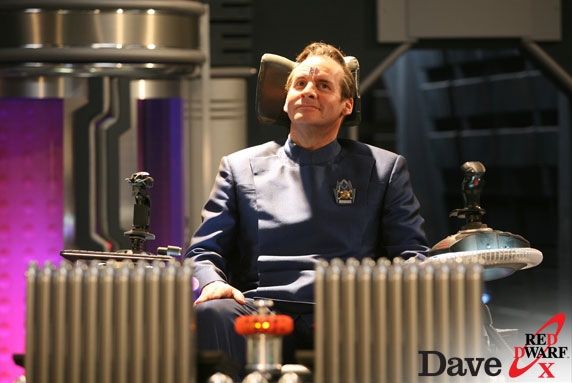 Just that smug look on Rimmer’s face is enough to make me laugh out loud. 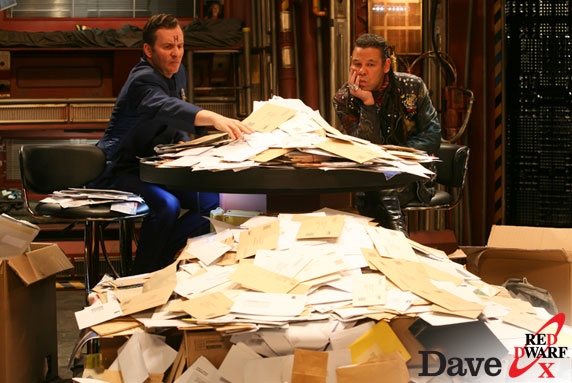 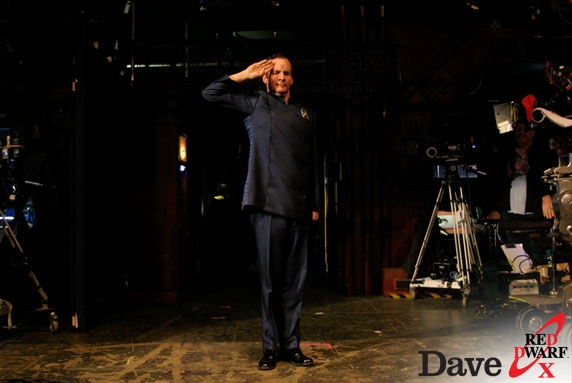 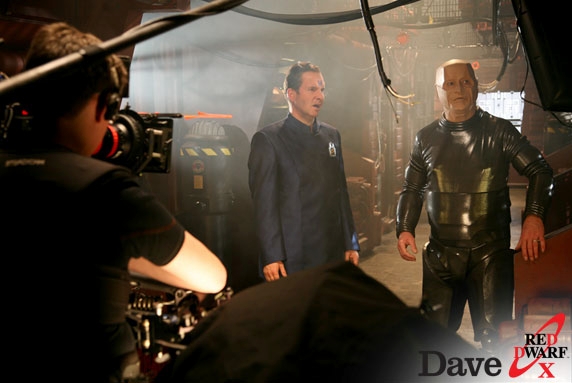