Comic book movies are highly lucrative and they’re here to stay, but video game adaptations, from Uncharted to Watchdogs, are slowly taking over the niche area that comics used to hold. And then there are the adaptations of novels that are about video games, and that’s where Ernest Cline’s magnificent Ready Player One powers up. Warner Bros. has tapped The Incredible Hulk screenwriter Zak Penn to take a run at the current script, as he has made a name for himself tightening the stories on blockbusters over the past 20 years.

For those who haven’t read it, Ready Player One is one of the most fun and fascinating novels ever to take on geek culture, in this case the expansive and decades-old world of video games. In this futuristic tale, Cline introduces the world to Wade Watts, a kid whose personal life is poor enough that his entire adolescence was spent gaming and learning about the games. This is a strange dystopia where most of the planet spends their time and money completely enveloped within the digital world of OASIS, kind of like Second Life to the nth degree.

You see, OASIS was created by a revered designer named James Halliday, who hid a highly complex scavenger hunt within his exceedingly vast digital lifework, with a prize that equals out to “eternal power and riches and awesomeness.” Wade is far from the only person hunting down this elusive prize, and he must team up with friends and foes, both real and digital, to figure out Halliday’s greatest mysteries. Seriously, the book is an incredibly refreshing adventure, teased in the book’s trailer below.

Warner Bros. acquired the novel back in 2010, well before the 2011 publication. Cline, who co-wrote 2009’s Star Wars-related comedy Fanboys, took the first crack at adapting his own novel, and Warner then brought in Eric Eason (A Better Life) to take over. Which leads us to Penn.

It’s fantastic news, as far as I’m concerned. While Penn was responsible for such drivel as Elekra and X-Men: The Last Stand, he also wrote and directed the excellent mockumentary Incident at Loch Ness, starring Werner Herzog. He created SyFy’s Alphas, had a story credit for Marvel’s The Avengers, and also wrote a draft of Guillermo del Toro’s Pacific Rim 2. In fact, Penn’s next project is the Microsoft documentary about the excavation of the mass E.T. Atari game gravesite, which is where he met Cline, who was on site.

Warner Bros. hopes Penn can spruce this script up well enough to get a big director interested over the summer, and I seriously doubt it will be hard to find someone willing and able. And whoever it is should use Edgar Wright’s Scott Pilgrim vs. the World as a blueprint for how to make a video game movie as much fun as possible. 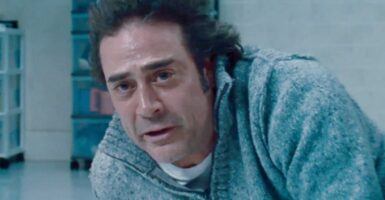