Quantum Leap Getting A Movie But Ditching Scott Bakula

I don’t think anyone saw this coming, which is perhaps why no one was really paying attention when Scott Bakula broke the news at Comic Con that Quantum Leap is being turned into a movie. There’s a problem though: Bakula isn’t involved. No surprise, he’s now too old. Here’s what Blastr picked up from the original Sam Beckett:

The good news is that Don [Quantum Leap creator Donald P. Bellisario] is working on the film script and has a big time Hollywood producer who wants to do it … It’s about time. But what I always thought would happen, happened … [that he’s now too old for the role]. But Dean [Stockwell, who played Al] and I will have a part in it somehow.

Don did say that as he was writing, he told me he was having trouble, ‘getting you and Dean out of my head.’ But I know he will do it.

It’s hard to imagine the Leap without Bakula in the lead and Stockwell has his ever-present sidekick Al, but there’s no denying that they’re both probably too old for the role now. On the other hand, the storyline of the show could be fantastic if turned into a movie series and because of the way the show was structured, with Sam leaping into a completely different life every week, they could do it without having to really revisit territory the show already covered. Don’t think of it so much as a reboot as a resurrection of one of the greatest science fiction stories ever told on television. 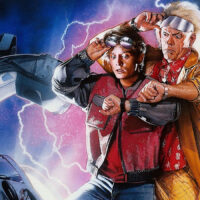