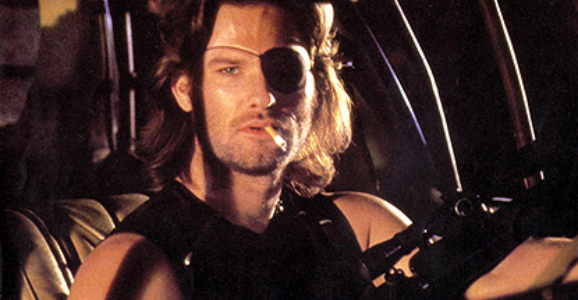 With the success of the Star Trek and Planet of the Apes franchises, and with similar treatments in the works for the likes of Terminator, X-Men, and others, ambitious franchise reboots are all the rage in Hollywood. Producer Joel Silver and Studio Canal acquired the film rights to Escape From New York about a year ago, and Silver plans to turn Escape From New York into a new trilogy with a different actor picking up the role of Bob “Snake” Plissken, originally played to perfection by Kurt Russell.

In an interview with Collider, Silver talked about his plans for Plissken. While there’s no script yet, Silver and Studio Canal are actively developing the reboot project. Silver said:

‘It’s funny because we have a relationship with Studio Canal, which somehow ended up with the rights to that, and it has been floating around LA or at least in the development world for a long time,’ said Silver. ‘I always liked Kurt’s character, the Snake Plissken character, so I’ve always like that idea, but we kind of figured out a way to do almost a trilogy of that story.’

Joel Silver made comparisons to Rise of the Planet of the Apes, which is the obvious successful template right now, but also cited a property any die-hard gamer knows well. Silver continued:

There was a videogame that came out a few years ago called Arkham City, which shows how when Gotham became this kind of walled prison and how it became a walled prison. And they never deal with that in the story of Escape from New York, so part of our idea was to kind of see how the city became this walled prison and how the Snake Plissken character was a hero and how he became not looked at as a hero. And then, in the middle of the story, would be the movie that we, you know, previously saw about the President’s daughter goes down, he has to go in and get her. And then, you know, they did a sequel, Escape from LA, but I would like to then kind of find a way to have New York go back to a place that we’d like to see what it is today.

New Line Cinema had the remake rights to Escape from New York back in 2011, but the rights lapsed and Joel Silver grabbed them. When the project was with New Line Cinema, Neil Moritz was set to produce and Allan Loeb (The Switch) was hired to write the film’s screenplay, while Breck Eisner (The Crazies) was in line to direct. Actors Gerard Butler, Jeremy Renner, and Tom Hardy were all considered for the Snake Plissken role before the film rights landed with Joel Silver and Studio Canal.

The original Escape from New York took place in “the distant future” of the year 1997. With crime out of control, Manhattan has become a maximum-security prison. But when the President of the United States (Donald Pleasence) crashes in New York City, a convicted, eye patch-wearing con named Snake Plissken is sent in for a rescue. If the reboot trilogy does happen, I could easily see Kurt Russell playing the President of the United States, but that might be too much of a wink and a nod to fans of the original.

With the success of Star Trek and the Apes reboots, a new Escape from New York reboot seems inevitable.Joel Silver just has to find the right combination of a writer and director with the right leading man.