This Predestination Trailer Doesn’t Prepare You For What You Find

January is often looked at as a time of the year that’s a desolate wasteland full of terrible movies, and it certainly is to a degree. There are going to be a lot of bad movies in the first month of 2015. But it’s also a place where movies get dumped because no one can figure out how to market them, and this time around one of those films is the Speirig Brothers’ Predestination, which is back with this new trailer.

Based on Robert Heinlein’s classic short story “All You Zombies,” Predestination premiered at SXSW earlier this year, getting solid reviews—not spectacular, but it currently has a high Fresh rating on Rotten Tomatoes—and it’s been relegated to a January 9, 2015 release date. That’s too bad, because I recently got to see the film, and it’s actually good. It’s ambitious and weird and well made, but nothing you’ve seen for it, this new trailer included, prepares you for what you see.

Part of the problem is that the plot sounds like something you’ve seen many times before. Ethan Hawke plays a Temporal Agent who travels around in time stopping crimes before they happen. The first thing that pops into your mind is probably Minority Report (appearing in 1954, Heinlein’s story predates the Philik K. Dick story used as the basis for Steven Spielberg’s film by a few years), and the second is probably TimeCop, though with less splits. He’s trying to stop the one criminal who has eluded him throughout his career, the so-called Fizzle Bomber. 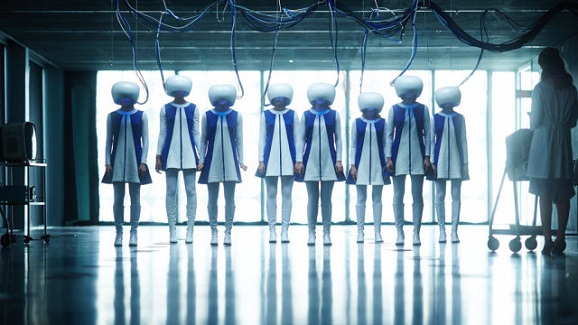 While that certainly plays a key part in the plot, that’s not really the main focus, not at all. It only bears the most passing resemblance to those other movies, but I feel like a lot of people are going to skip this one based on those minor similarities. I don’t want to get into it too much, but the two main characters, including Hawke and a breakout performance from Sarah Snook that more people should be talking about, form the core of the story. There’s a multitude of layers to dig through, stories within stories, and the timeline loops back around on itself in unique and inventive ways.

All in all, Predestination is an unusual, surprising picture. The measured, deliberate pace and shadowy reveals aren’t going to be for everyone, but this is definitely not the movie you expect to see going in, and is one to check out if you’re looking for an interesting, rewarding piece of science fiction, especially in what otherwise looks like a bleak January. 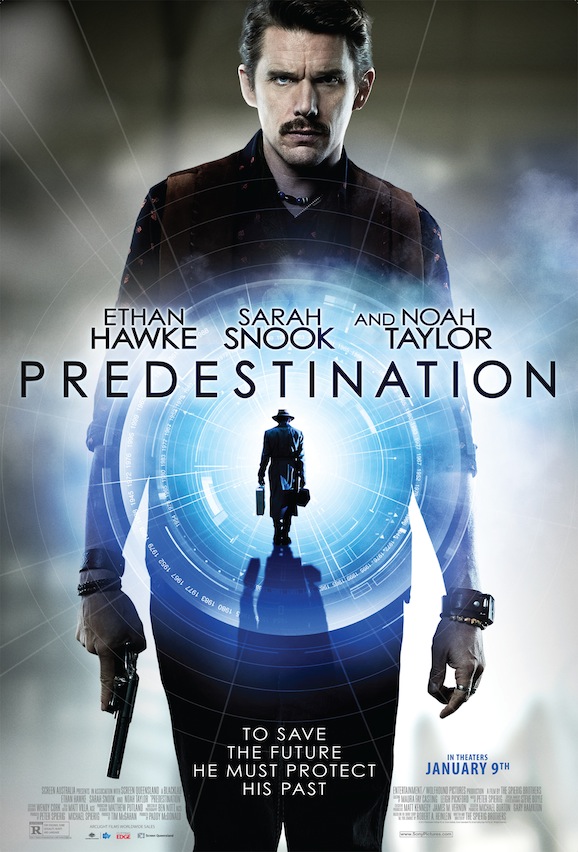